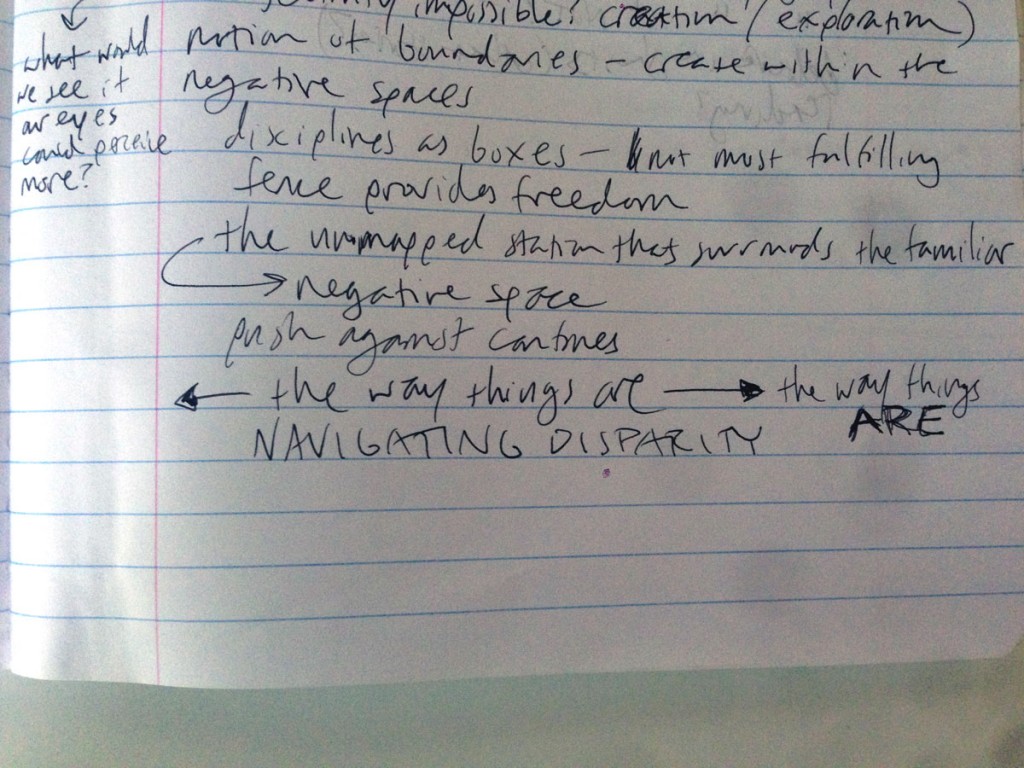 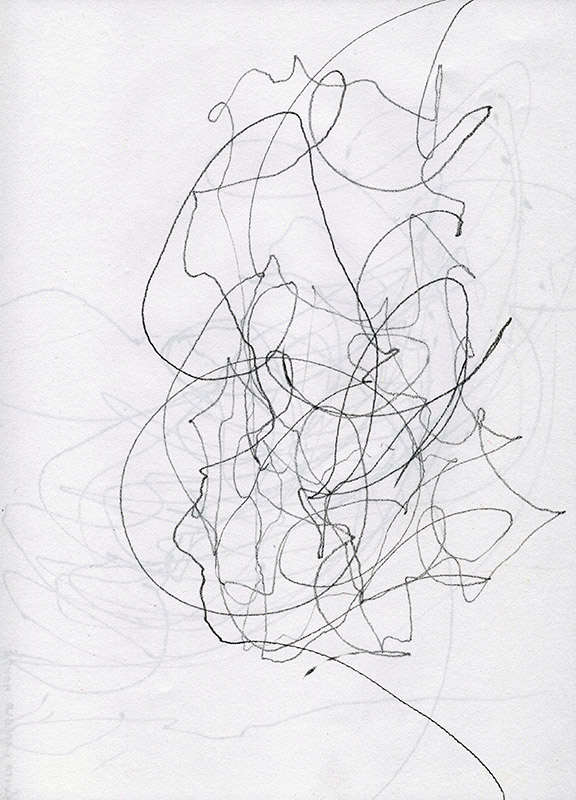 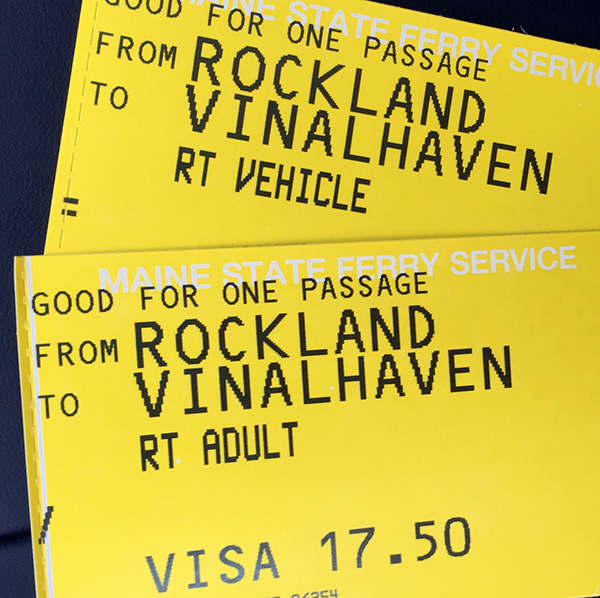 The ferry to Vinalhaven is an in-between space: neither here (mainland) or there (island). It’s been eight years since I last boarded. Miraculously, all the cars ahead of us in line are abandoned, so the ferry crew waves us towards the ramp, and we squeeze into the last spot, behind a huge cement truck. As I reach into the trunk for my hat, I’m merely a few unguarded feet from the ferry’s churning wake. Tagny and I join Margo and Charles on the top deck and we’re so busy catching up I barely have time to think about the idea of seasickness. I wish I could say the same about the return trip. (Would that it were so simple.)

As always, the week on the island is a delight, but by Wednesday I’m still not sure what I’m actually making. It turns out productive counter-production is also an in-between space with its own attendant anxieties. I decide to ask each one of my fellow Poor Farm residents about the ethereal, navigational ‘glue’ that always holds DI events together. (Like the submerged chains that some ferries use to pull themselves from A to B, DI’s apparent meanderings always seem to end up at some mutually agreeable non-conclusion.)

I resolve to use the individual audio recordings (all beginning “Design Inquiry is...”) with the observational image fragments I’ve already collected, chiefly timelapses and short videos taken with a macro lens or a lo-fi camera box. I assemble everything into a low-key nonlinear narrative, specifically designed to encourage slowed-down interaction. The result has more fissures than a flooded granite quarry, and isn’t nearly as refreshing as a swim in one, but I’m hopeful it retains the spirit of DI experimentation that I still cherish so dearly.

The film can be found here, and takes about 15-20 minutes to view. Fullscreen and headphones recommended.