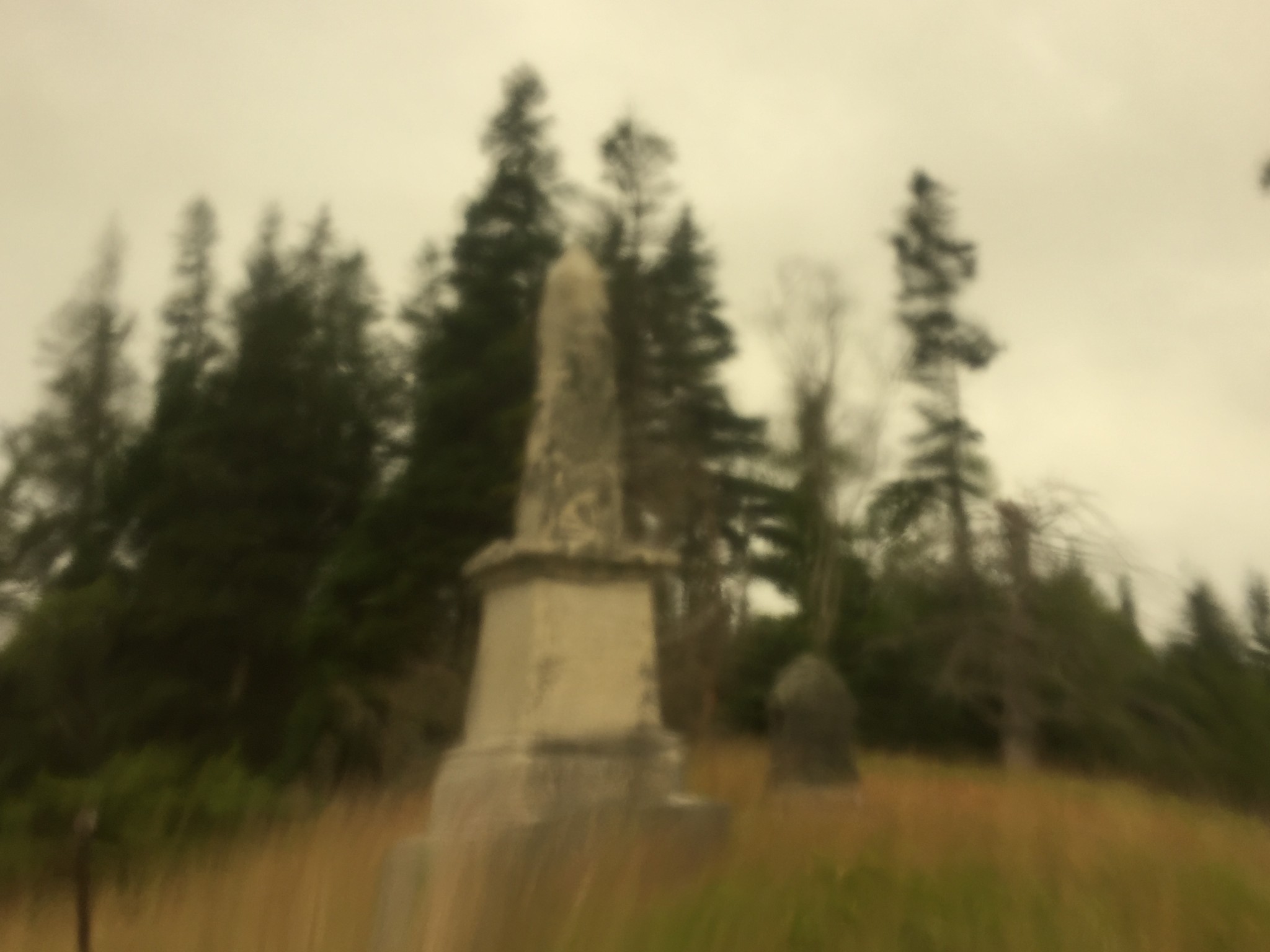 Steven Heller: What was the impetus for launching DesignInquiry?

DesignInquiry: It came out of the Maine Summer Institute of Graphic Design, a kind of master-student summer class held at Maine College of Art, with visiting master-designers like Wolfgang Weingart, Rudolph de Harak, Lucille Tenazas, Douglass Scott, Dorothea Hofmann and Steff Geissbuhler.  In the 10th year, we realized we were having the most fun between the sessions when faculty overlapped at the supper table, when clashes and simpatico moments took root, and private conversations became wide ranging, not about individuals, but about directions and questions. Why couldn’t these moments be the event? We realized we had to start over. The whole thing had been based on an old, one way, structure. These are times of sharing – a child can teach a professor – so why not ask every participant to contribute? We had a great set of connections to begin with.

The first two years of DesignInquiry, 2004 and 2005, were still held at Maine College of Art, but after that we formed an independent non-profit organization and moved the event to Vinalhaven Island. Applications are invited in the Spring and about 24 people come along to explore a design-related topic over an intense week, this year in July. No one is paid for his or her contribution, what we have now is a group of people interested in design research in an unusual setting in a round-the-clock time frame, isolated from life’s typical interruptions.

SH: What are the guidelines?

DI: We publicize the theme in advance (eg. Identity in the information age or, this year, typography and failure) and applicants are asked why they want to come and what they’ll contribute. Some people bring workshop methods they want to try out, or slide presentations based on initial research. During the week, a great deal of stuff is made, and the groundwork is laid for a subsequent publication of the “findings”. Each person brings something different to the table, both in terms of content and in terms of approach, and everyone presents their take on the subject; we use the term “present” loosely because it’s not as if anyone is presenting a major research paper in an academic conference setting – “share” might be a better word.

Other than a few people loosely providing a framework for the event, there’s a flat hierarchy that absolutely requires an investment on the part of all participants. The idea is to foster a highly social, sustained conversation about a pressing design issue or idea, sharing knowledge, side tracks and dead ends.

SH: How are the themes decided upon?

DI: Gut-feeling, based on listening, reading, dreaming, sometimes anger, sometimes wonder. It’s where the personal and professional collide, in quick conversations after the event, or by thrashing out some themes on an online forum. At some point in this year’s deliberations it was suggested that we might choose a subject we all know about, like typography. Typography is like language, it’s always being corrupted, always failing to achieve standards, and in so doing it grows. So it’s an inquiry into typography and failure as a means of growth.

SH: With design changing, in large part owing to technology but also to the shift in skills demanded of designers, how is DesignInquiry addressing the future of design?

DI: In some respects we feel like it’s impossible to put a group of designers together on an island for a week and not address the future of design. This group includes educators, students and practitioners, and each person faces “the future” presently in their own setting. We also try to catch the interest of people from outside design. One of the board members is Ron Botting, an actor, who taught us that there are roles for all: on stage, in the wings, or in the audience; and these roles may change and shift constantly. In previous years an architect, a psychoanalyst, a philosophy historian, and a photographer joined in.

But we also benefit greatly from being at a remove from the technological imperatives of design, which often tend to overshadow more considered, strategic reflections on creativity. Having no access to the Internet for a week is actually a blessing. (Besides which, there’s no shortage of other venues for drooling over new technologies.)

SH: This is as close to we come to a design Think Tank. How do you move the ideas gleaned out of the tank and into the world?

DI: We are more a Design-experience-Tank — not really interested in ‘solving problems’ but in gaining awareness. Moving the ideas out happens by word of mouth, through the dispersion of each person back into their environment, through the network of connections made by participants, and through the book that’s made at the end of it all. The ’07 and’08 DesignInquiry journals are available to purchase or download on Lulu. There is also a documentary film of 2007, shot and edited by Mark Jamra, the typographer.

SH: The design salon is not a new phenomenon, but the notion is picking up steam. Do you feel that this is the “anti-conference?”

DI: Rick Poynor’s recent critique of conferences struck a chord. At a recent design conference in Boston, we were alarmed by the hegemony of Adobe (which will surely lead to what one might call a ‘monoculture of design’); the degree to which design educators are routinely patronized as the poor relation to professionals (as if the two are mutually exclusive); and, just how seduced we are by technological innovations — often without a thought for their ethical implications.

DesignInquiry is not so much in opposition to the conference as simply unlike the conference. It’s not a Salon (a salon aims to entertain) or an anti-conference: At best, it is watching the profession, sharing thoughts and findings. We don’t bother with a curriculum … participants are wise enough to define one themselves. The only thing we bother about is to organize the conditions for it to happen.  DesignInquiry sets the stage. It’s an informal gathering for anyone who is interested in the year’s topic. At the dinner table we ask each other how things have been and try to find out how the day’s experience relates to our practice.

SH: What are the requirements for inclusion in this group?

DI: Enthusiasm, to not need to be ‘taken care of’, to be curious and willing to share. Participants have to be able to go with the flow.

SH: What, if any, are the parameters?

DI: It sounds a bit like bad reality television: 20-some designers spend one week on one island… The parameters are really quite loose beyond that. Applicants should have something interesting to offer, and play well with others. The only real parameters are physical ones: it’s currently held on a very small island (which means there’s no escape from Peter’s harmonica playing).

SH: Over a decade ago design was engulfed in “theoretical conversations” rooted in philosophical constructs. How does DesignInquiry differ.

DI: That was a moment of painful but necessary growth for design. To answer your question, though, it doesn’t ‘differ’, necessarily. We know some designers are deeply suspicious of anything that sounds like theory but, as Terry Eagleton once said, ‘Hostility to theory usually means an opposition to other people’s theories and an oblivion of one’s own.’ In other words, it’s always there, whether or not you acknowledge it. We don’t think that theoretical conversations have gone away, but we do think they’ve been changed by a greater appreciation of making; the production of art and design as a form of research, or critique. As a life. This is exactly what DesignInquiry is about.

SH: Each of you come to design education from different directions, is there common ground in DesignInquiry?

DI: There is a shared appreciation of a good atmosphere, this communal, meal-making aspect. Through the practice of living side by side for a week you come away feeling like you’ve made some real, personal connections. The format builds in the moments to unwind and further ponder the day’s activities/discussions, thus furthering a dialog, keeping your mind turning instead of retreating to a hotel room. It shows how design is a major part of how we live.

SH: What have each of you learned from this experience?

DI: That our questions are more common than different, that our work and life has many influences – BUT that we must take care to set up situations that nurture growth and inquiry. That this needs attention.

That the exchange of knowledge is not about impressing the audience with what you’ve read but responding to a relationship that keeps changing: between you, the participants, and the subject matter.

That it pays to contemplate.