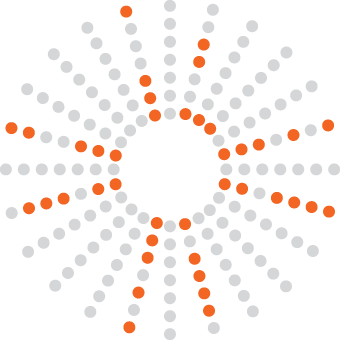 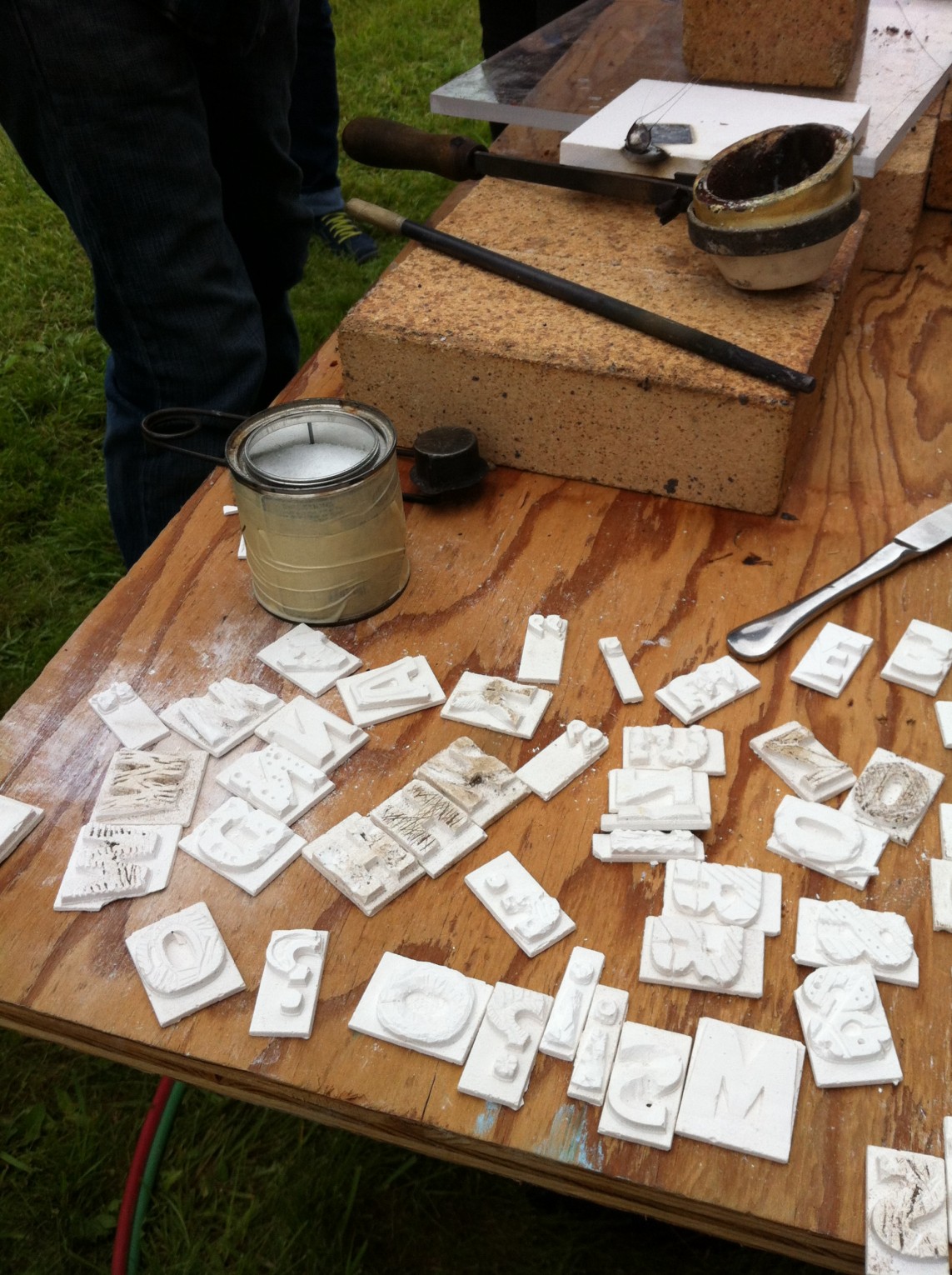 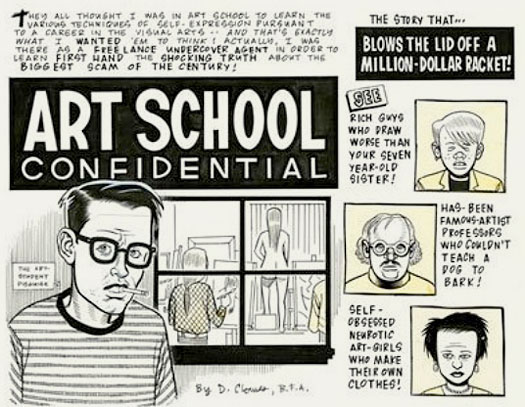 This essay originally appeared on DesignObserver.

Like the canary in the coal mine, there’s much that can be learned from careful observation of design school culture today. In education, students can easily be grouped into one of two categories: the Sentient and the Bag of Meat. The Bag of Meat, dead from the neck up leads Thoreau’s “life of quiet desperation” and is the embodiment of consumerist attitudes towards learning. The Bag of Meat is deceptively quick with an excuse, stupefyingly slow with an answer, and terminally late to accept responsibility for the content and the character of their education. Life is filled with Bags of Meat. And though, by my estimation, and corroborated by the musings of Thoreau and Nietzsche, they comprise the vast majority of students, they are not our concern.

It is the Sentient student with whom we are concerned.

Just as the smash hit films, Superbad, Knocked-up and She’s Out of My League, resonate deeply in American culture because they portray a re-balanced universe of pathetic couch-squatting, disempowered male losers [1] who magically win the affection of overachieving super-females, Art School Confidential resonates deeply with all of those sleep-walkingBags of Meat, who see any knowledge beyond their immediate intellectual grasp as illegitimate. Art School Confidential is a mirror that legitimizes ones’ intellectual, spiritual and physical laziness. Like the law of gravity, there are simple immutable physical laws that govern the universe. [2] Chief among these laws is: knowledge is power. This simple inescapable truth undergirds what Sentient students in real art schools are working so hard to achieve. These students strive to achieve agency and real power through knowledge. Knowledge begets power. Power begets a higher level of self-determination. Self-determination begets a better life.

Clowes outlines two potential career paths for the art school kid. With this kind of pathetic attitude, what would you expect? It would seem far more productive to throw down with Busta Rhymes, “There never was a plan B.” Or to assimilate the kind of gangster-grind work ethic of 50 Cent. Come on kid, I’m gunna make something of myself “or die trying.” Clowes and Judd Apatow’s toxic ideology would have you believe that merit, meaning and success (yes, success) are the result of luck and the ability to talk a big game. Of course, verbal skills may be important, but I would posit the opposite. Merit, meaning and success are the result of the hustle, skill, knowledge, sweat and heart. 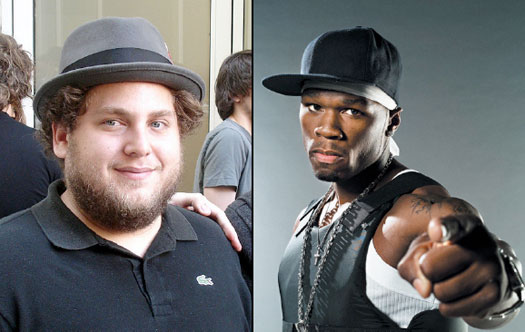 The Heart of the Matter

Draw a conceptual line through art school, trace it down through design school, and then extend it out into life. The real issue, the heart of the matter, is all about “bliss.” Joseph Campbell’s much maligned and misinterpreted concept extrapolated from the Upanishads:

Now, I came to this idea of bliss because in Sanskrit, which is the great spiritual language of the world, there are three terms that represent the brink, the jumping-off place to the ocean of transcendence: sat-chit-ananda. The word “Sat” means being. “Chit” means consciousness. “Ananda” means bliss or rapture. I thought, “I don’t know whether my consciousness is proper consciousness or not; I don’t know whether what I know of my being is my proper being or not; but I do know where my rapture is. So let me hang on to rapture, and that will bring me both my consciousness and my being.” I think it worked. [4]

The real issue regarding life and work is the struggle. The struggle to transcend our own limitations. The arrow through the heart of the matter is the desire to achieve higher consciousness, greater power and meaning in life and work. This happens not through the anti-intellectualism, entitlement, sloth and the general existential malaise that pervades our culture. Disaffection, ennui and nihilism are for the weak. The pathetic characters populating Clowes’ art school landscape, and those they appeal to, are Thoreau’s great mass of men who “lead lives of quite desperation.” Campbell’s “bliss” is the eternal sunshine piercing the fog of this torpor. Bliss is the pathway that the Sentient struggles to remain on. Bliss, that feeling of being deeply at home in something, denies external pressure. It denies duty and expectation in favor of knowledge of self. It should have been a critical component of Abraham Maslow’s hierarchy of needs. It is in fact, the primary mechanism enabling and leading to self actualization. It is akin to the Jesuit notion ofmagis, Latin for “the more.” Bliss enables and engenders magis. [5] In its simplest terms the concerns of everyday life appear to be at odds with Bliss and with self-actualization. [6] Yet this simply reflects a failure of imagination.

Apatow and Clowes are but two of a nearly infinite wellspring of sources, seducing the populace with the promise of short-cuts.They are pied pipers leading others down the primrose path of victimhood, they encourage the viewer to distrust fancy book learning and sweat equity. Go ahead park your ass on the couch all day and smoke some weed, somehow you’ll score a hot-chick with a great job. Oh, and if you don’t make it as a designer, blame your school: after all, those fancy polysyllabic words in those books were a con game anyway. Good luck with that and let me know how it works out.

Oh, by the way, next time you see Mr. Clowes do me a favor, and ask him how he likes working at the art supply store.

1. Typically there is a corollary to every theorem, and in this case it’s important to understand the Jonah Hill Corollary. It is true that super-females will mate with men who appear to be disempowered couching, squatting losers. But there are two conditions that must be met in order to achieve the balance necessary to sustain this relationship. First, the aforementioned male must be hilariously funny. And second (and most importantly) the male must be fabulously wealthy. This wealth is reflection of drive, intellect, cunning, power, social capital or family connection. The problem with Apatowian films, and the reason why they resonate so deeply, is that they specifically leave this critical element out. They are specifically about the disempowered finding the short-cut, taking the easy way out, living the impossible dream. They buttress the viewer’s basest instincts and laziest impulse.

2. Most foundation studies courses contain a two-dimensional design component. This foundation usually deals with perceptual psychology, color theory and highly formalist issues. Form making can be traced back to simple principles dealing with the physical structure of the human eye and how that interfaces with perception. This is not some highfalutin city-slicker bullshit a beret-wearing intellectual made up. These issues have an evolutionary function and are tied to our survival as a species. Coming to a deeper understanding of these issues bolsters one’s ability to bring form-making under ones command — it gives one agency with regard to form. Ah, but obviously the art school snake-oil that Clowes is debunking refers to this thing called “Theory”: structuralism, post-structuralism, queer theory, post-colonial theory, linguistics, etc… The same issues are at play here but extend the conversation into what a work means. Struggling with Chomsky or de Saussures’ writings on the nature of language, as an example, do not make you a weaker artist. It makes you a stronger artist.

3. “I still say that you are overlooking the third type. I think you have bags of meat, robot sharks, and sentient beings. Robot sharks are quick with an excuse, like the bag of meat, but quick with an answer, like a sentient being. Robot sharks are aiming at a salary, but pretend to be concerned with meaning. They are the type that is most difficult to discern because the bag of meat has not, for the most part, the capacity to maintain the appearance of anything but a bag of meat; the sentient being cannot maintain deception for terribly long, because his conscience will not allow it; but the robot shark can mimic all the positive attributes of both when necessary. I think you could potentially acknowledge a third type and still make your concern the sentient being. However, as it is and as it will be misinterpreted regardless, the ultimate point of the essay does not REALLY hinge on these distinctions. The essence of your argument may be just as valuable for the bag of meat as the sentient being. But the design world is largely made up of robot sharks, so it may be a good provocative addition to include that type.” — Joshua Ray Stephens

5. I plan to explore these ideas in much greater detail at DesignInquiry:JOY in June 2010.

6. At the risk of seriously undermining my position, our culture’s primary spiritual leader Deepak-Opra reminds us that we should love what we do, and the rest will take care of itself.