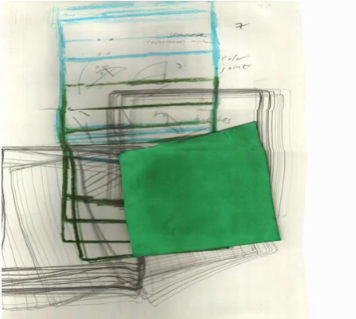 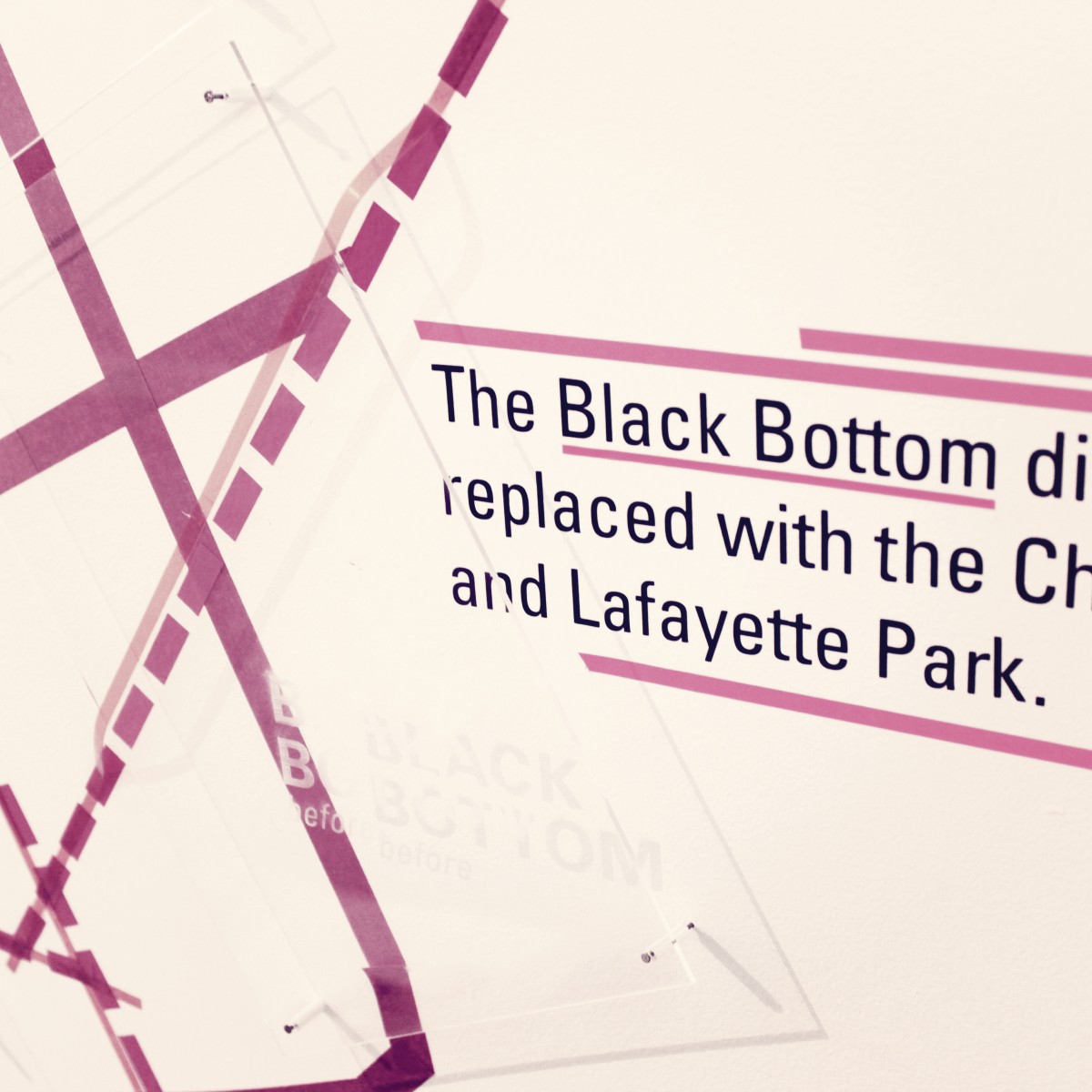 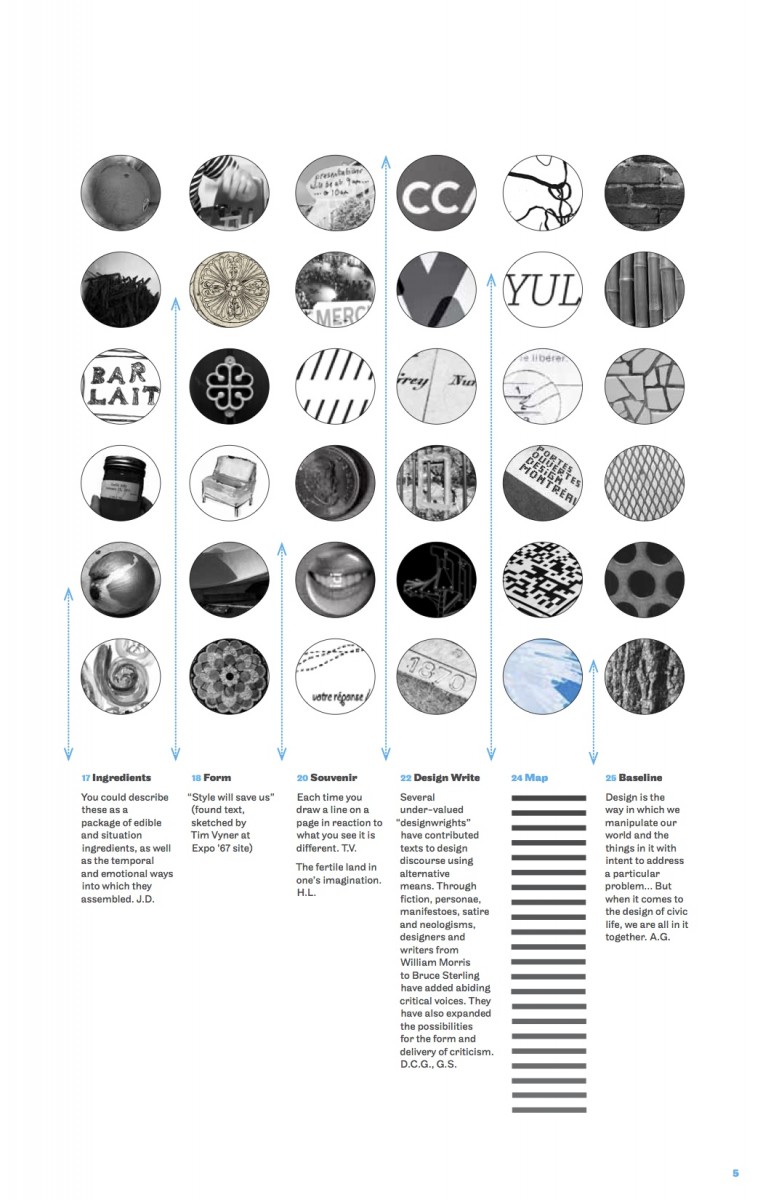 Building upon the work of DI’er Rebecca Tegtmeyer (Urban Renewal) that investigates the highways in Detroit’s landscape, Ben Gaydos and Julia Yezbick (as the Detroit Phonographers Union) recorded audio of spaces divided, interrupted, bisected, and plowed over by highways in Detroit. The sound of the highway is a pervasive part of Detroit’s sonic environment; one that we learn to quickly ignore. However, these sonic intrusions are like radio static, telling of a longer history of urban renewal interventions that destroyed neighborhoods, lives, and cultural districts. Let the incessant drone of rubber on pavement be a reminder to learn from our past mistakes. 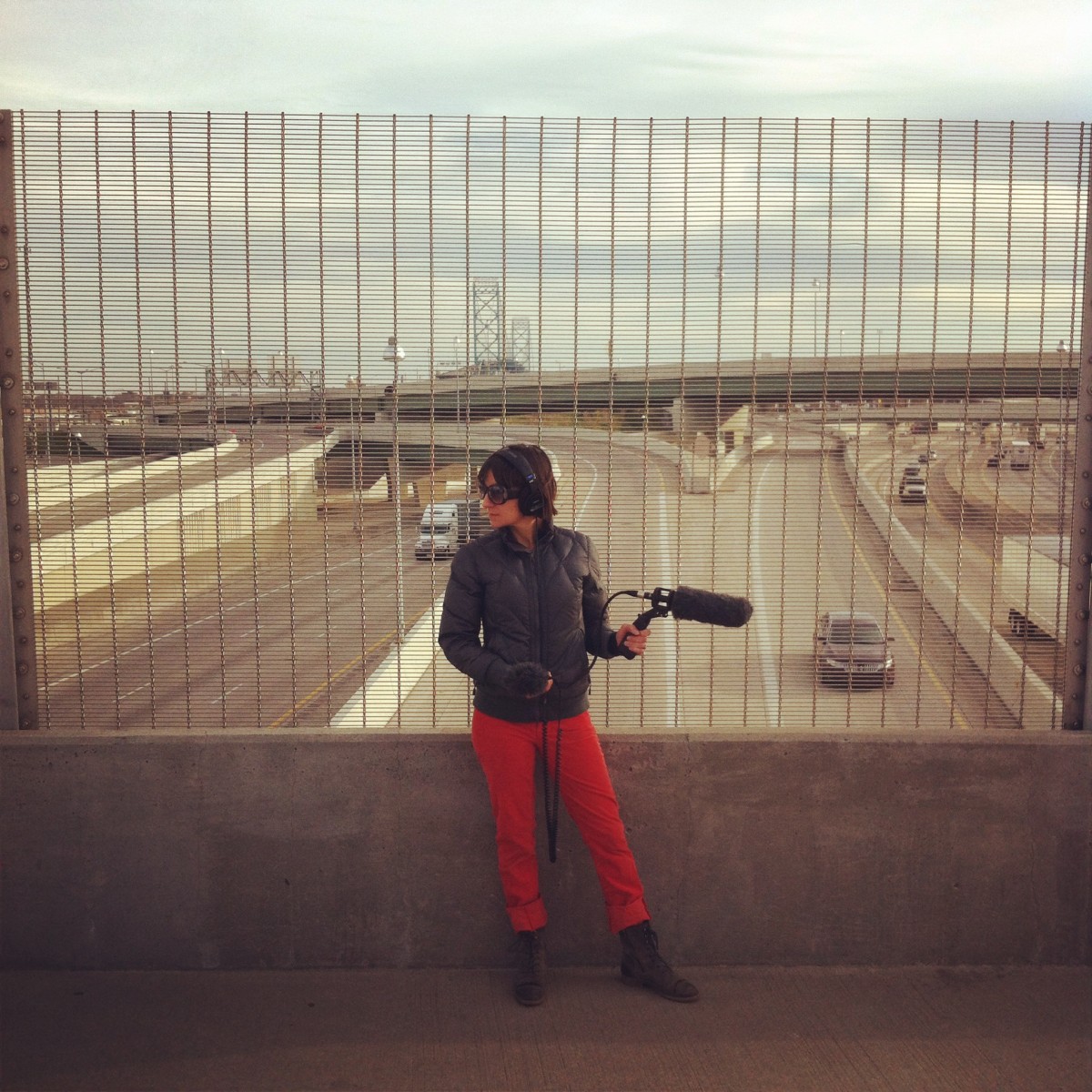 During the week of 9 November, 2014, we recorded sounds in key communities that had been affected by the 1-75 urban renewal highway projects of the 1960s and 1970s. Those included: Mexicantown and Delray in Southwest Detroit, Black Bottom and the Brewster Douglas Projects in Paradise Valley (which no longer exists). Using binaural microphones which simulate the 3-dimensional auditory experience of the ear, we crossed pedestrian bridges in each of these communities bisected by the highway. 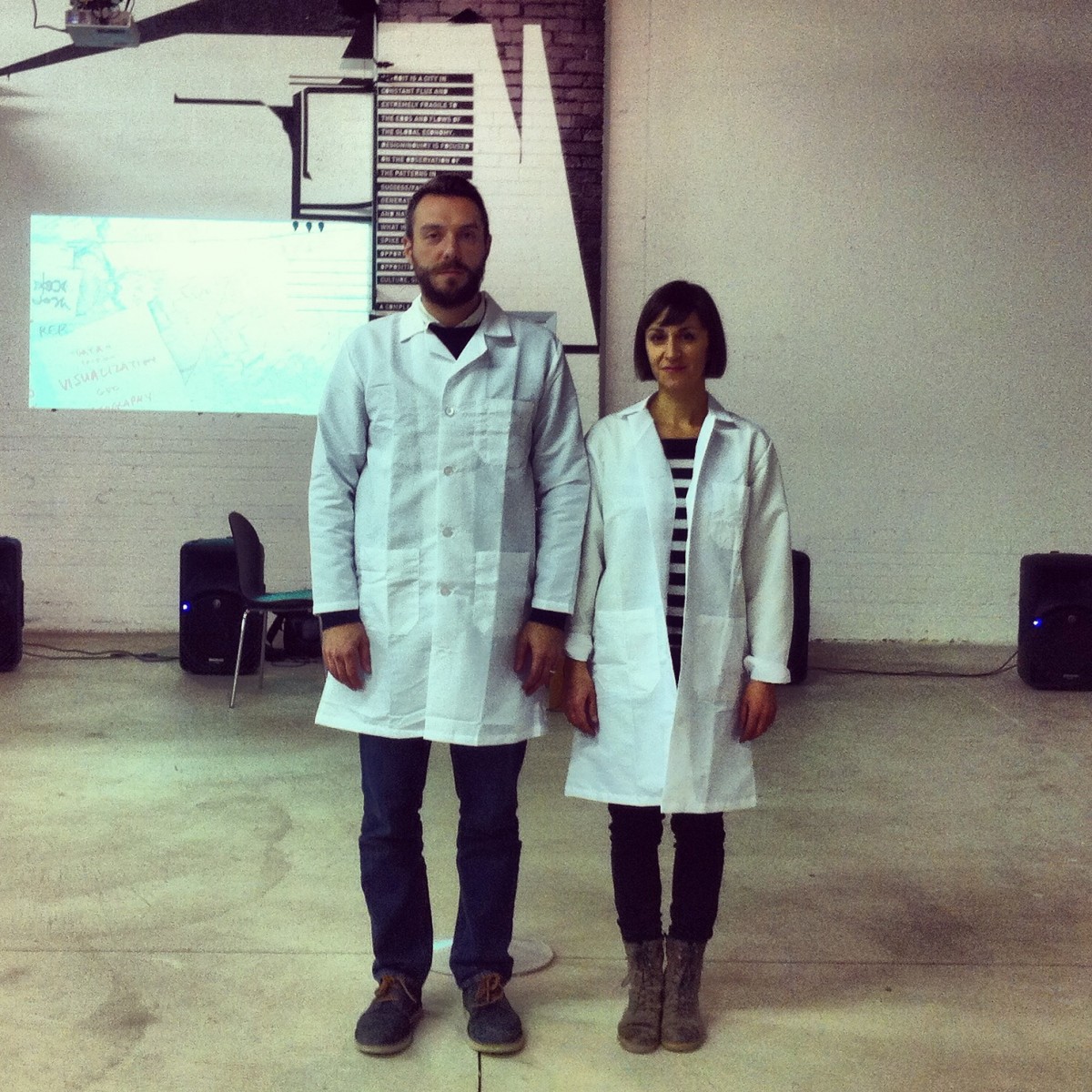 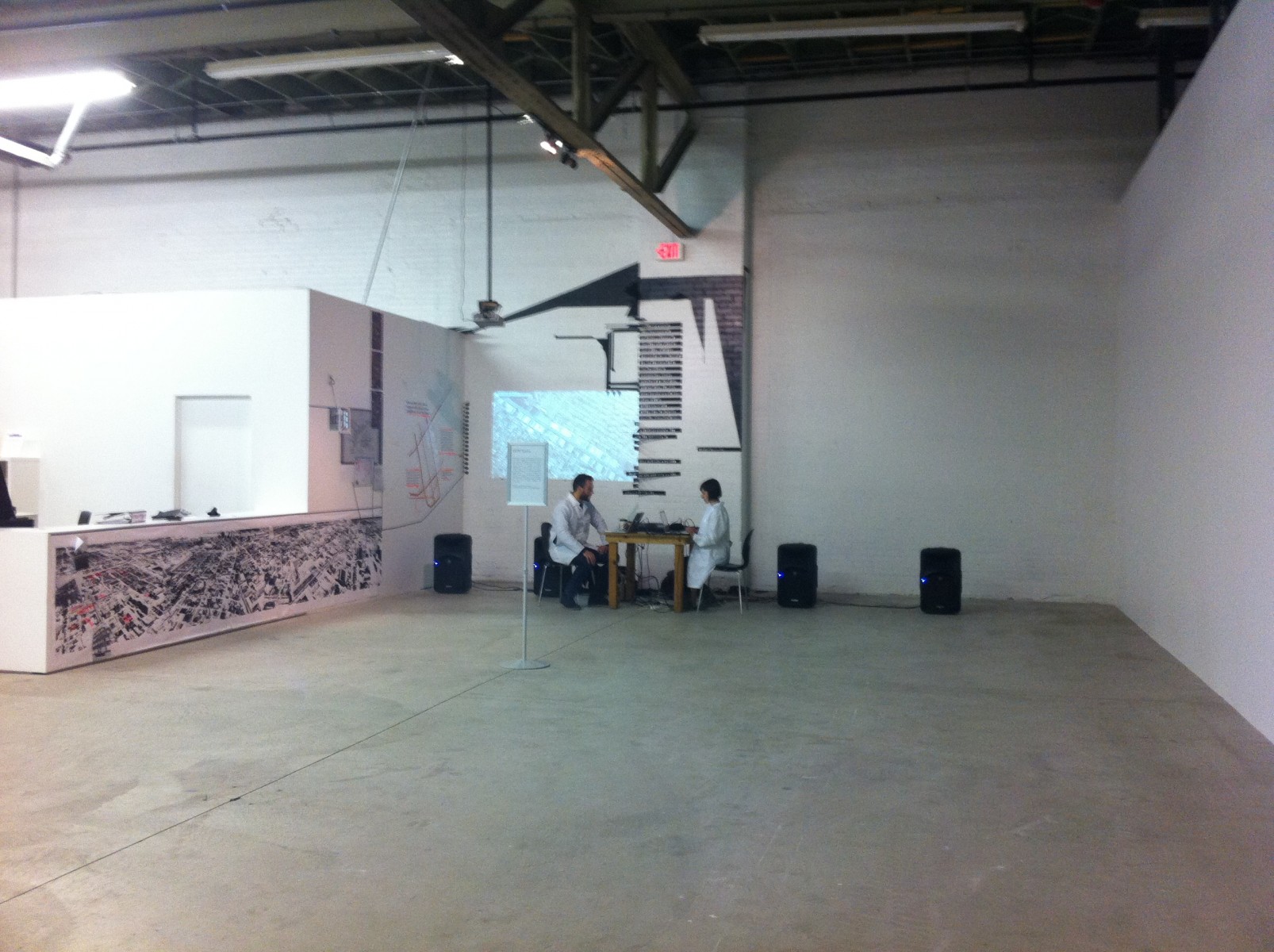 Using the audio from these excursions, on Saturday, 15 November, we performed a 4 channel live-mix in the gallery space. The lightly edited field recording compositions were then installed in the gallery attached to maps drawn by DI members, providing a sonic element to our collective inquiries on Detroit.