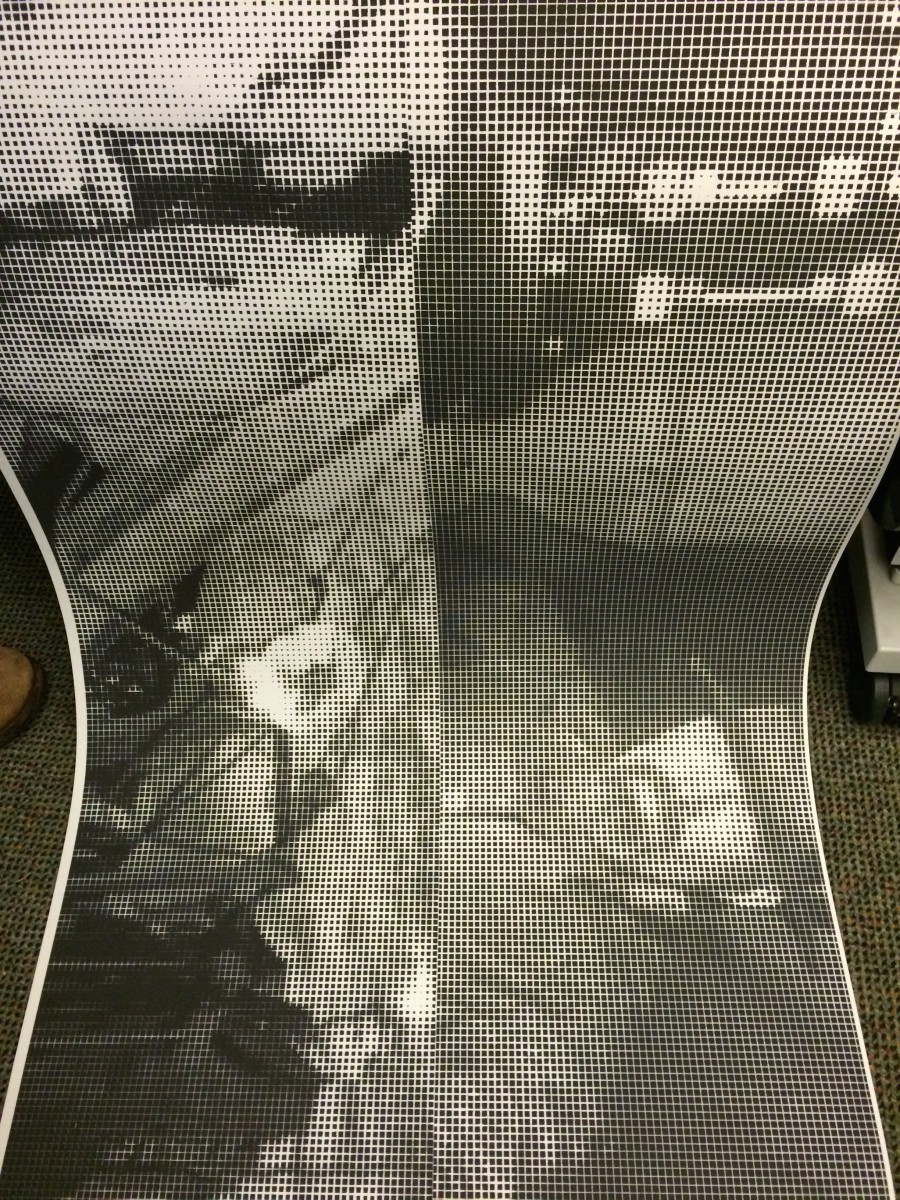 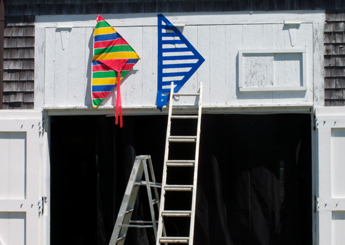 As my departure date for Detroit drew nearer, I began my ritual pre-flight scramble. It started per usual at Wolfe Editions in Portland, Maine where I wrapped up the letterpress printing of “Post #di_access = cheap motel tv & tarmac meditation,” the latest piece produced with Peter Hall from our reflections on this year’s Access theme on Vinalhaven.

With this ongoing series we have been inspired by Bernard Stiegler’s writings on the industrialization of memory in his essay Technics and Time. In response, we began using (and misusing) techniques and technologies from different eras to explore ideas of permanence and ephemerality through a series of analog “re-tweets”. The first works recently debuted in the Design In Flux exhibition at Crane Arts in Philadelphia; for the move to MOCAD we wanted to refresh and evolve the series with this new piece which plays with CMY separations and photographic representation as well as technique in combining laser cut plexi with letterpress.

For the MOCAD opportunity I hooked up with my long-time collaborator and good friend, Peter Evonuk to create a new Detroit-centric piece with the new space and theme in mind. Years ago when we were both studying at Cranbrook, Peter and I had scratched the surface of this idea and this MOCAD installation with Ben seemed like an ideal opportunity to see how it might be brought to life. It is an investigation into the hundred miles of salt mines that still exist more than 1,200 feet beneath the surface of the Motor City. So the story behind it actually begins 400 million years ago, before Detroit or humankind or even dinosaurs for that matter,..

It is an investigation into the self-destructive relationship between two epic narratives of Detroit – salt and steel. Both industries are testament not only to the strength and innovation the Motor City’s historic inhabitants, but to that of human beings in general. Both helped the city grow, even as each both erode and enable the other. The collision of these two great endeavors creates a dynamic tension that, in many ways, both fuels and drives the life of the city.

It is fascinating how these two systems successfully exist in poetic opposition to one another through their most fundamental properties? Like the iconic snake that swallows its own tale. In the same way that there can be no life without death, and no death without life. Steel vs. Salt is, in Detroit’s microcosm, a playing out of universal truth on the scale of human lives. This is a means to bring the viewer close, to juxtapose these stories and examine where they intersect.

The story of how this piece came together might make for a more interesting blog entry in itself. As my school obligations wound down and Thanksgiving approached, I plotted my escape for a few days in Detroit to contribute some recent work and introduce a few new pieces for DesignInquiry’s ongoing DEPE Space residency at MOCAD. Very exciting. The plan was to arrive, install and use whatever time I had left to visit some old and new friends in the D. Easy. Simple enough.

Pete and I began to prepare by laser cutting a layer of making tape on two registered plates of the mine, one of the city and another of the silhouette of the mine.

We then sandblasted the carbon coating away and exposed the raw steel.

After a humorous flight carrying two 25 pound steel plates, I land and begin to text friends that I am on my way. I was to crash at a friend of a friend’s nearby. There were also peripheral plans were to go up to central Michigan and visit Ben’s new digs. I had also contacted Elliott and made plans to catch some critique up at my alma mater of Cranbrook, which I had not visited in years. The whole plan was predicated upon how easy or difficult the install ended up being; but there was plenty of wiggle room.

Or so I thought. The first sign of trouble came when I received text from Ben saying he was swamped; that I should go straight to MOCAD and check out the space by myself. So I navigate there and I am psyched. An amazing vibe; even better than what I had imagined from the pictures. Mike Kelly’s Mobile Homestead in the background does not hurt either; I’m honored. The staff gives me a warm welcome and shows me the space; I enjoy the DI work thus far for a bit and look at the other amazing work in the museum. We are in excellent company. After a while I ask awhere my work from Philly is. They look at me blankly; they have not seen it. They confer with one another, look out back and check paperwork. No go. I call the gallery in Philly… and get their machine. Hmmmm.

Trying to stay positive, I unpack the work I’ve brought with me and text Ben and Elliott to begin making arrangements for my stay. Ben calls. Two sentences — “ can’t get hold of my friend.’ and “The work has not shown up” – resonate in my ears. Suddenly I have very little to hang and no place to crash. No need to panic or anything, but the plan has definitely changed. We strategize on what to do, and the first step is to scramble and make. Elliott replies with a plan for the next day.I find a hotel. I make some calls, leave some messages, sketch up a plan and begin generating images to somehow print the next day.

Early the next day, I make my way up Woodward Avenue to Cranbrook to see Elliott for the first time in years, Cranbrook for the first in many more. Both are inspirational as always. After catching up I make my way down to the Media Lab, where I spent a few hours with Michael Paradise for some catching-up and printing-out. Afterwards, I headed back to the design studios, made some new friends in the kitchen and cooked up a salt brine with them into the wee hours.

I left early the next morning with two plates of rusting steel, a bottle of salt brine, a big roll of output from the lab, and the letterpress work I had brought with me. I met Ben in the morning and we went straight to work. Things started falling into place relatively quickly.

A fantastic closer to my few days in Detroit, Ben and I spent the day rusting, slicing, composing and building. It was a fantastic combination of conversation, work, reflection and productivity. By the end of the day the elements that I had pulled together in the last few days had come together and sprawled 20 feet up the wall and meshed together seamlessly with the rest of the installation. We broke for a coffee and when we came back in a pile of boxes had just come in from Philly. All the work had made it safely.

We then high fived, made our way to Two James Spirits for a celebratory toast or two and parted ways. Amazing closure. Proost! I can’t wait to see how things have evolved when I return on the 19th.