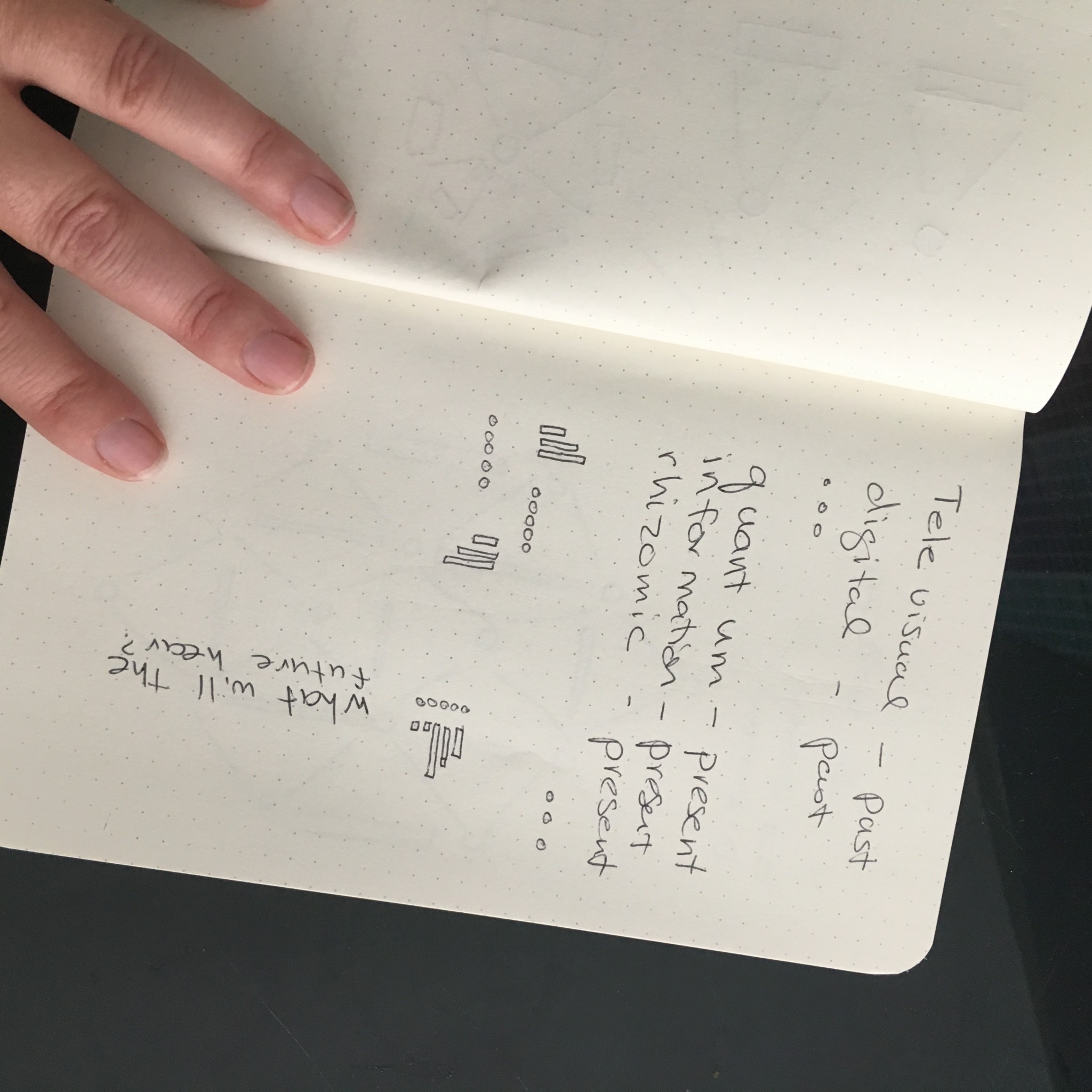 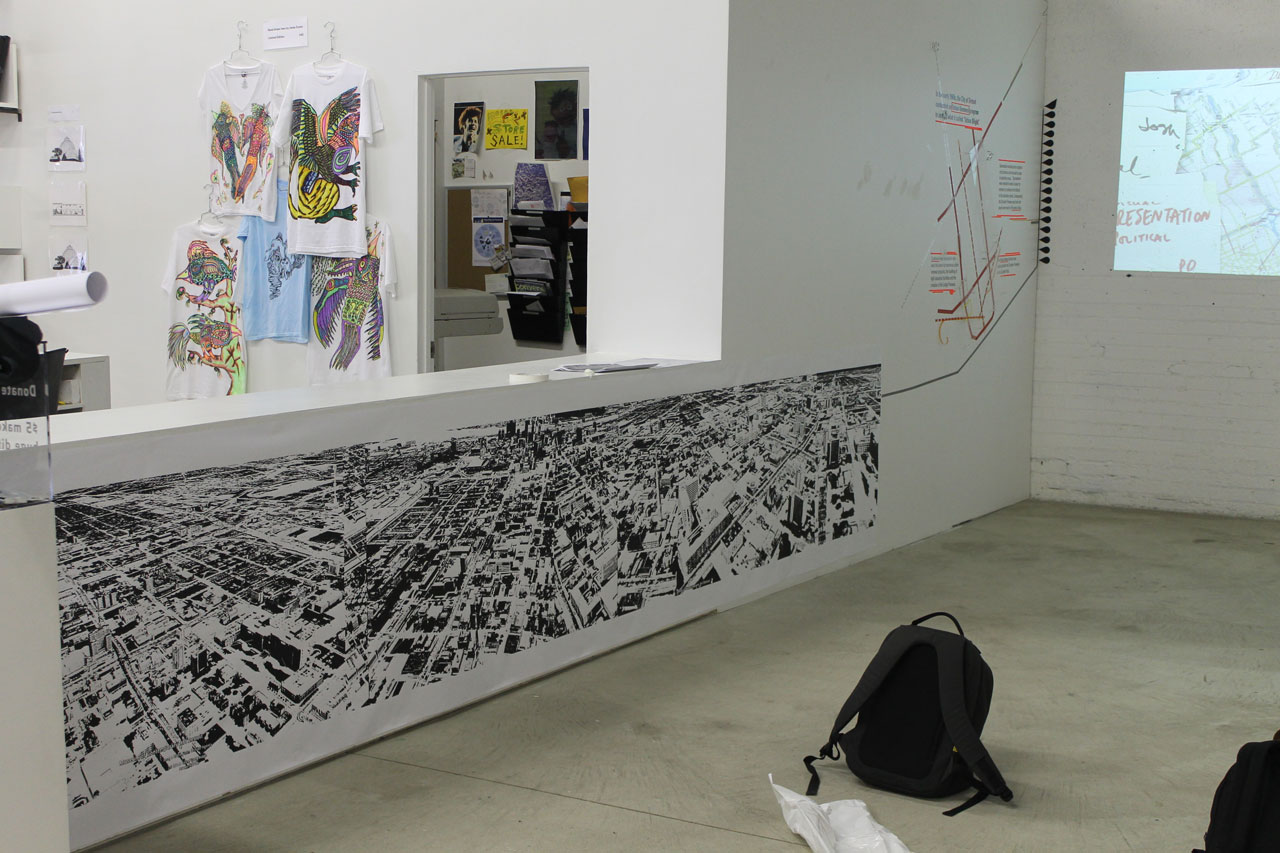 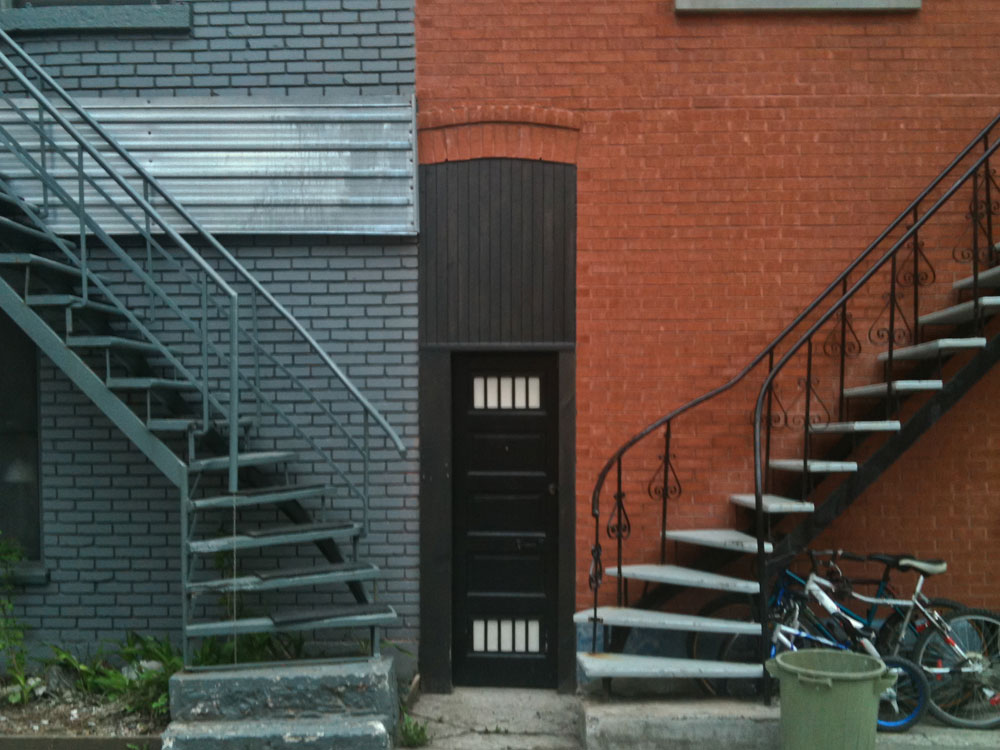 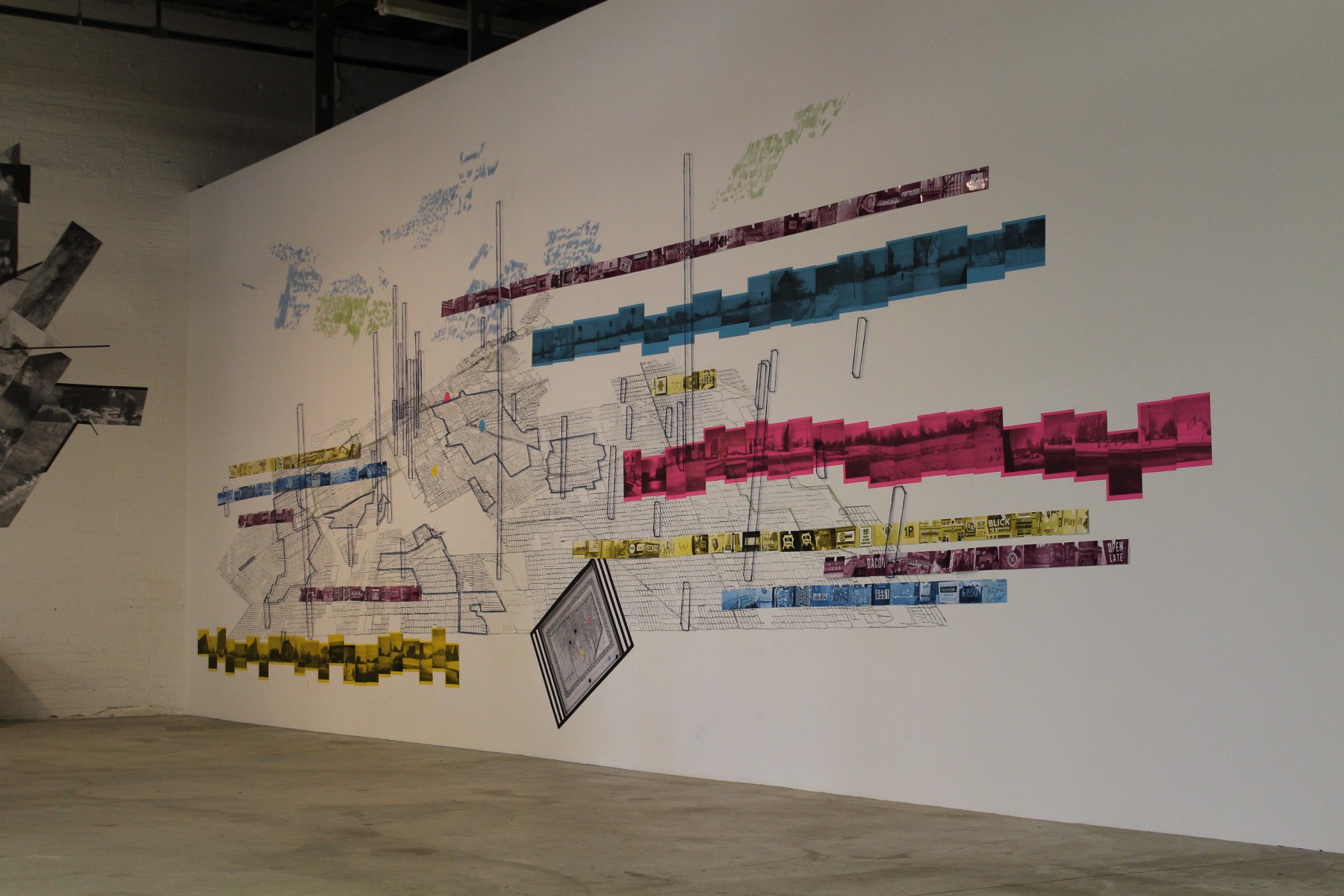 The Different Data Detroit project is a mapping of various narratives of the city of Detroit, combining and layering data gathered from diverse sources: information on water usage and future water infrastructure (from Detroit Future City proposal and Detroitography); visualizations and reports on spaces in Detroit whose official use is ‘unknown’ (as determined by Data Driven Detroit in their recent Motor City Mapping Parcel Survey); historical maps, large sample collections of typographic typologies from the urban landscape; our own photography, notes, and GIS mappings from field visits in the city; imaginary structures that delineate hidden pasts. 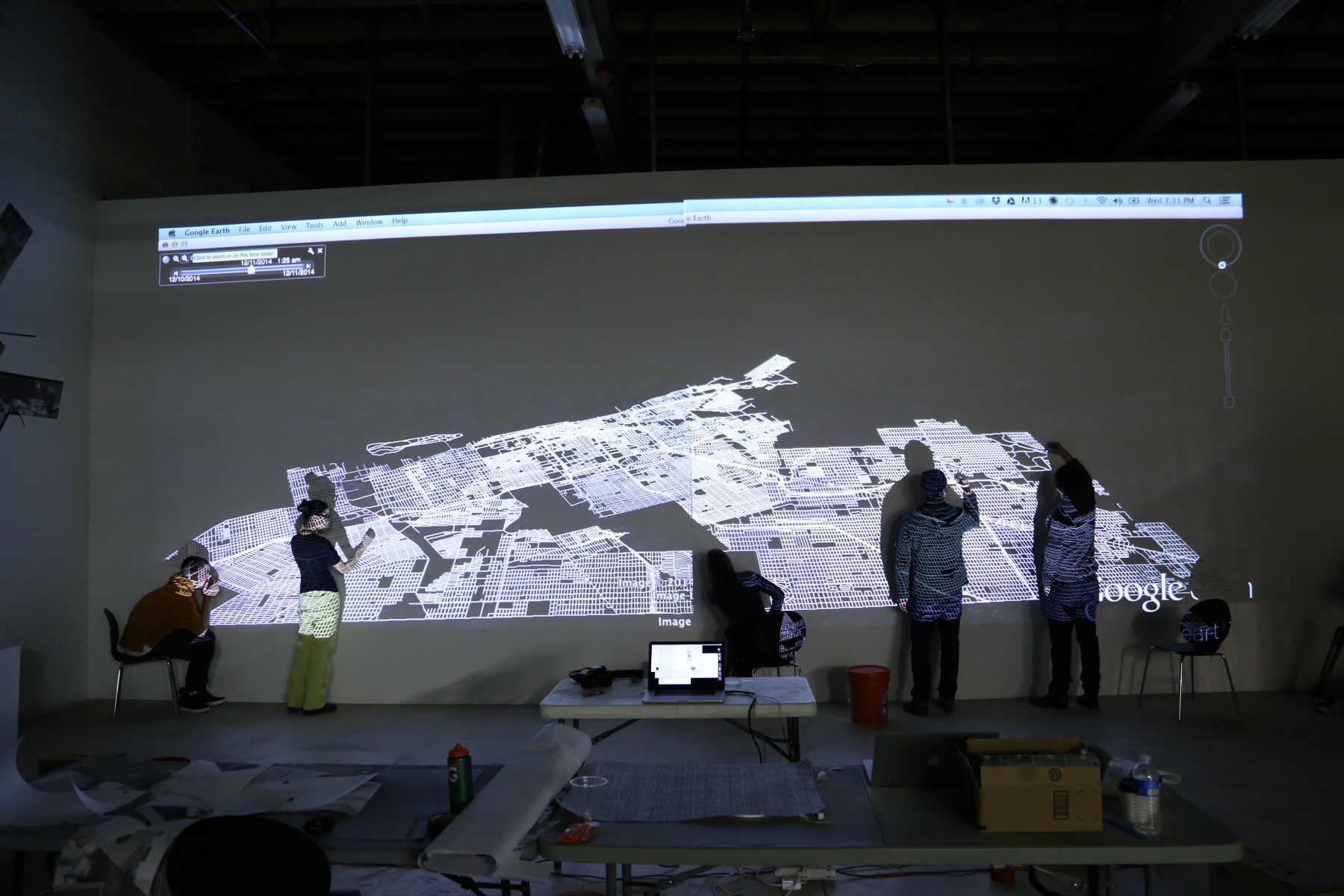 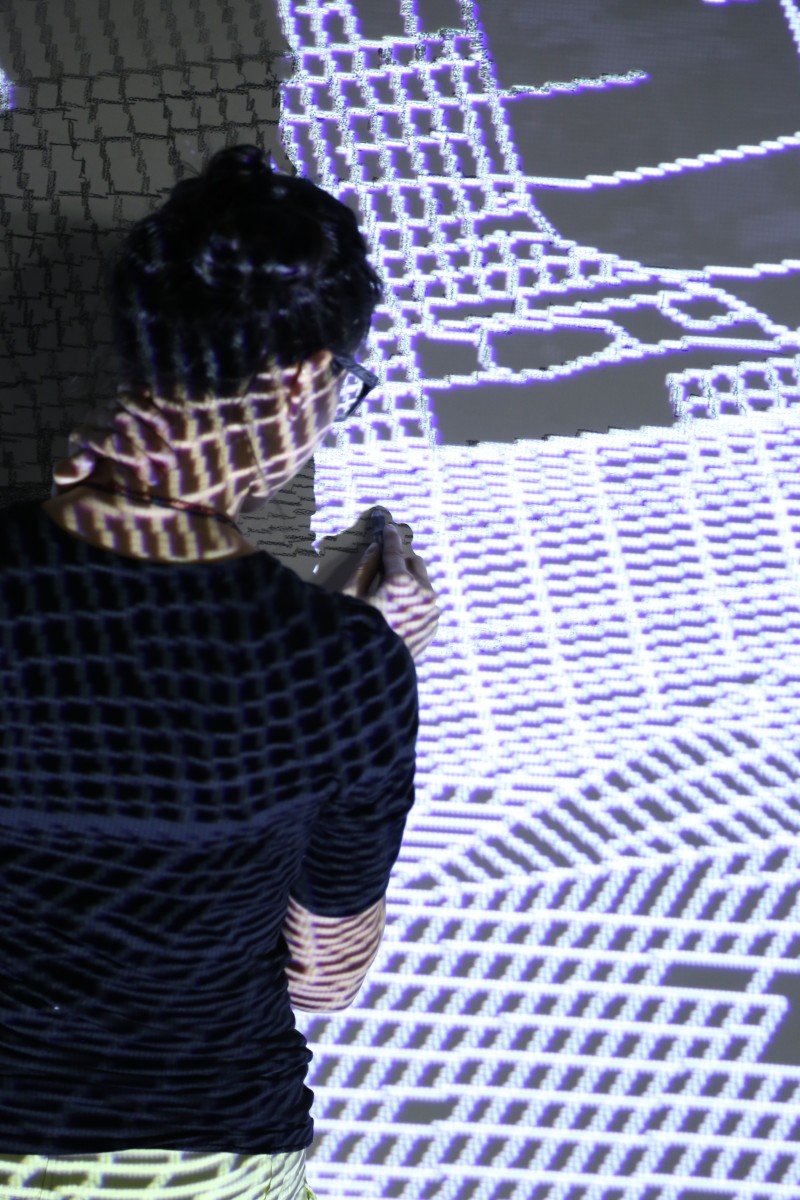 These datasets were layered on the wall in one large composition and combined in three-dimensional virtual environments in Google Earth as a way of presenting a view of the city through another paradigm—one that, rather than examining discrete and specific issues, takes various datasets, both intrinsic and enigmatic, conventional and marginal, and concatenates and compares them in order to potentially reveal other realities, or imaginaries, of the city. 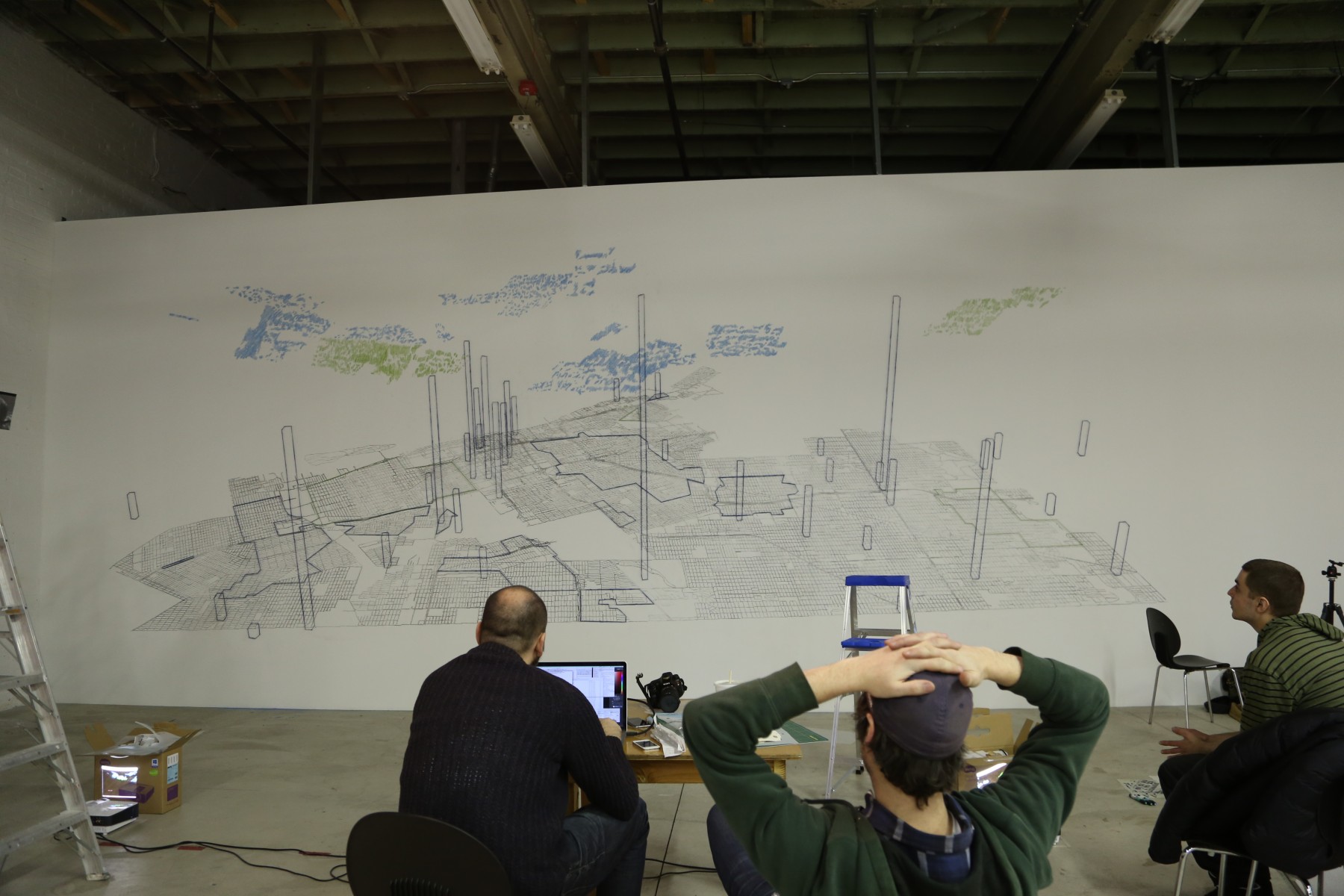 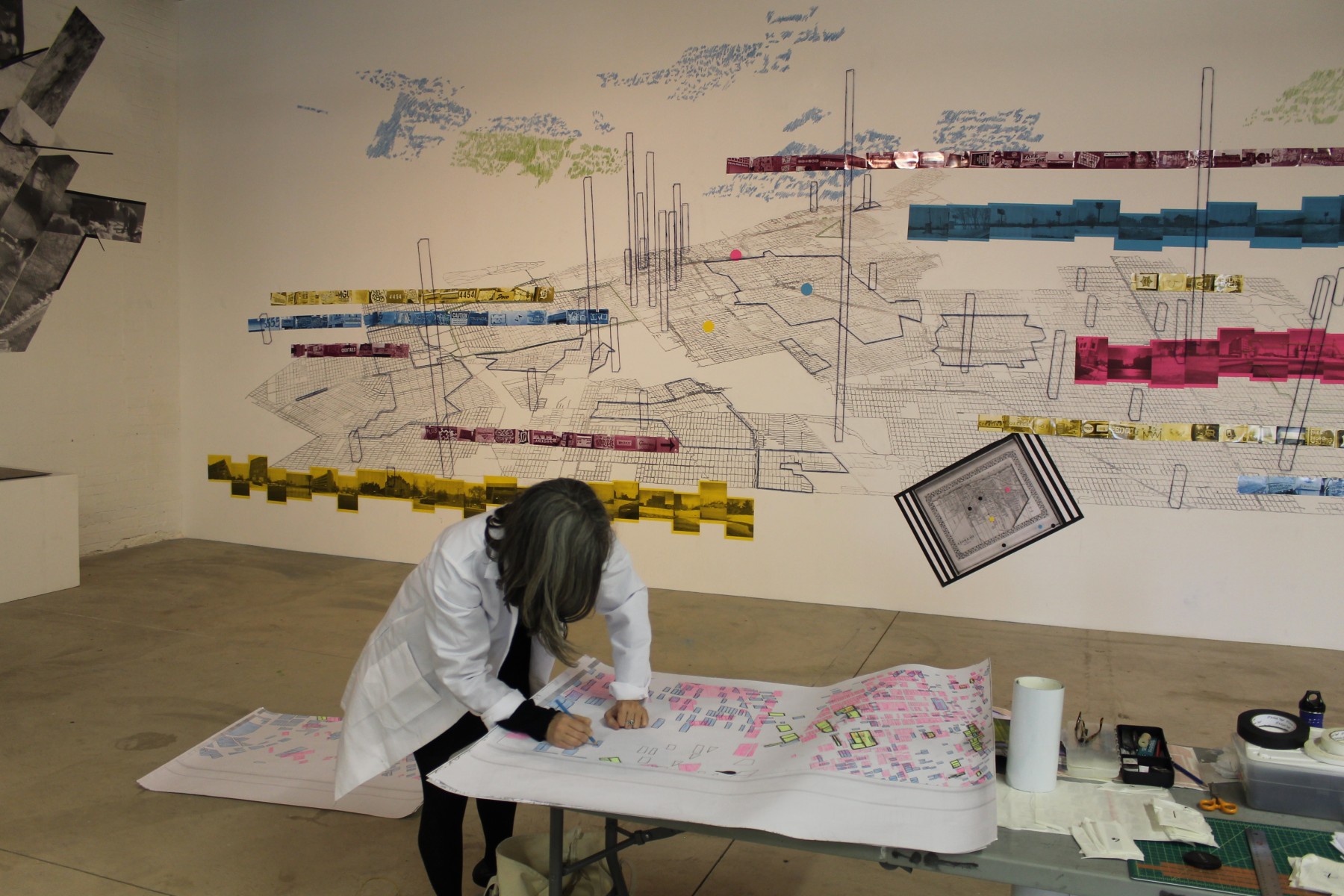 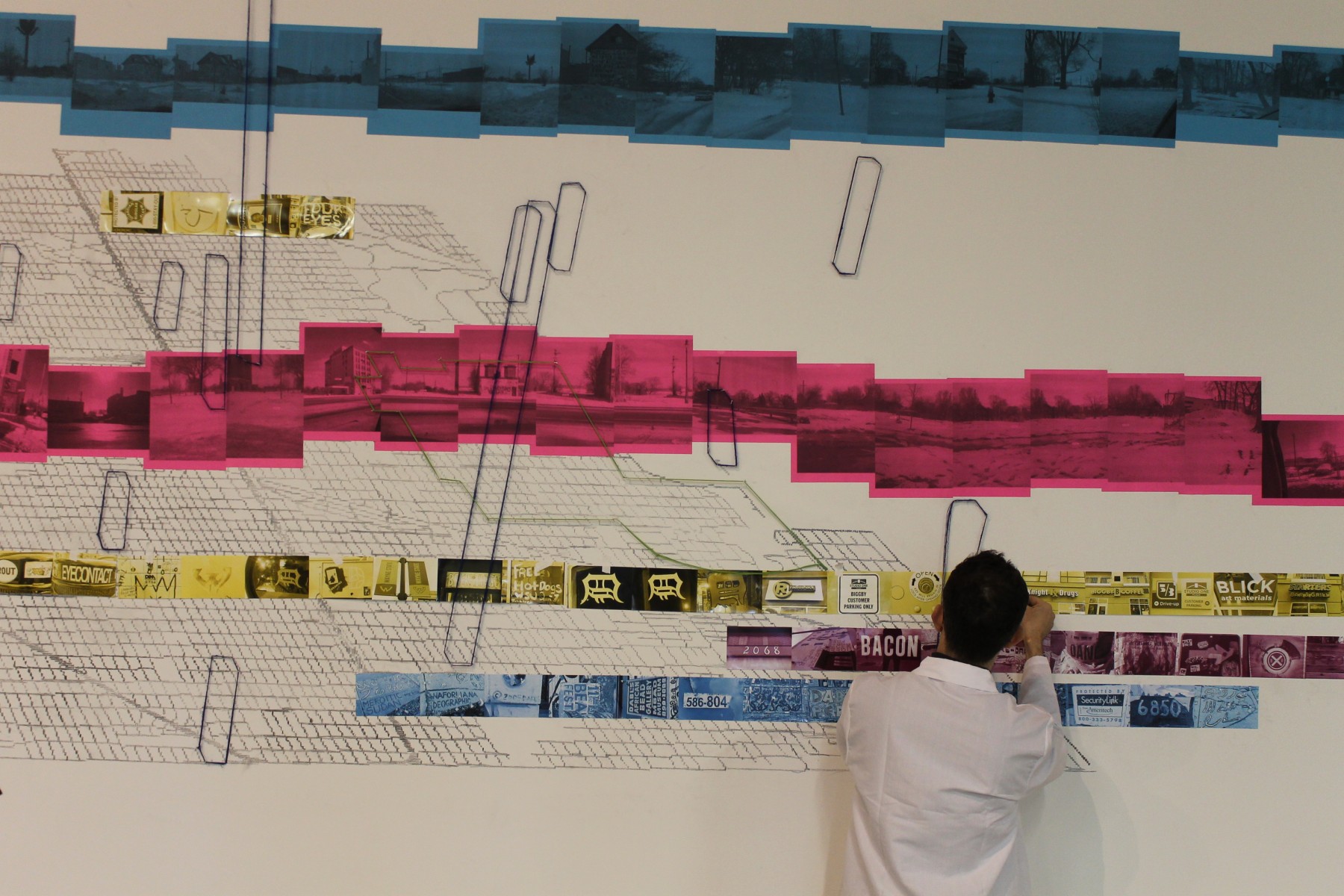 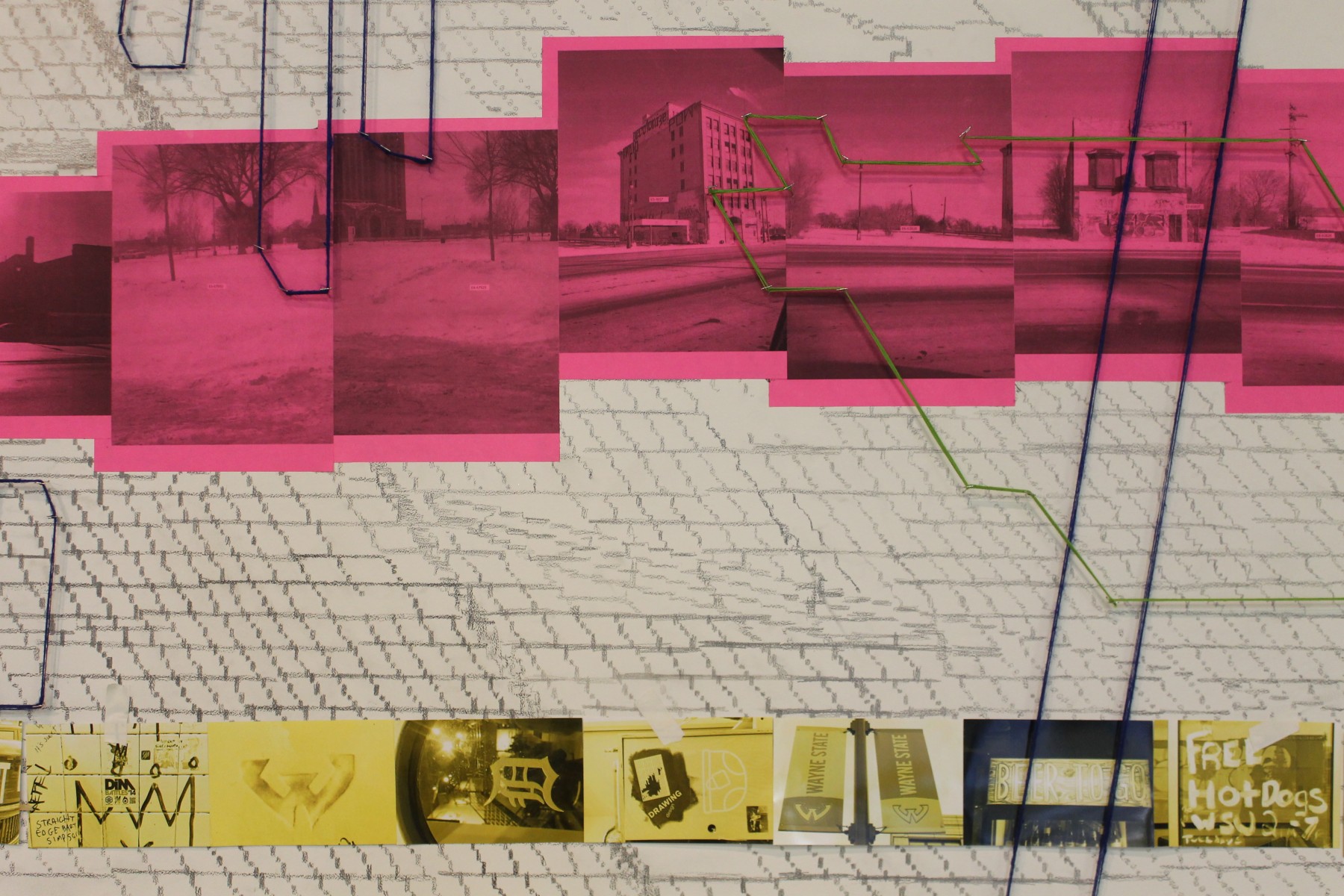 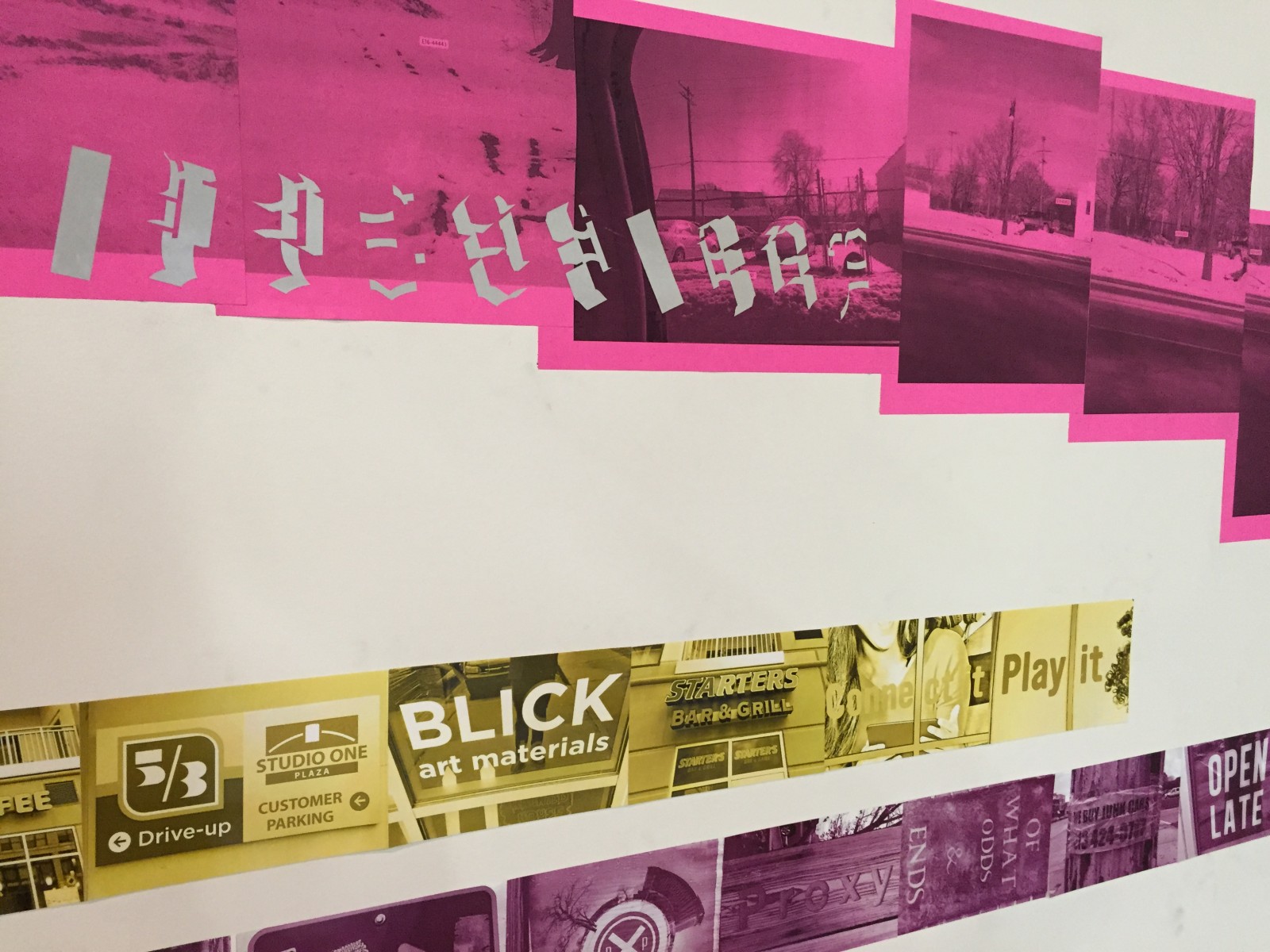 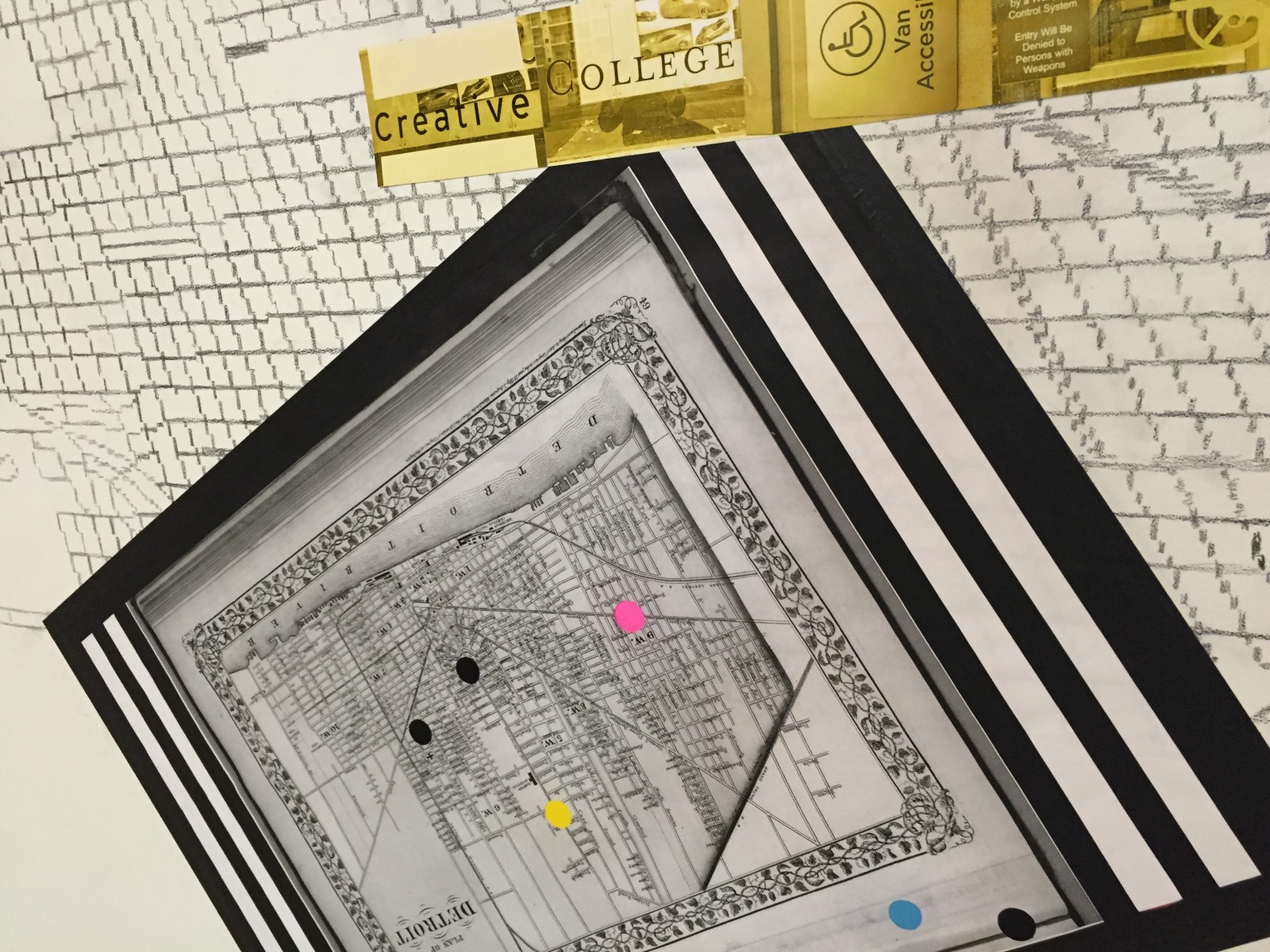