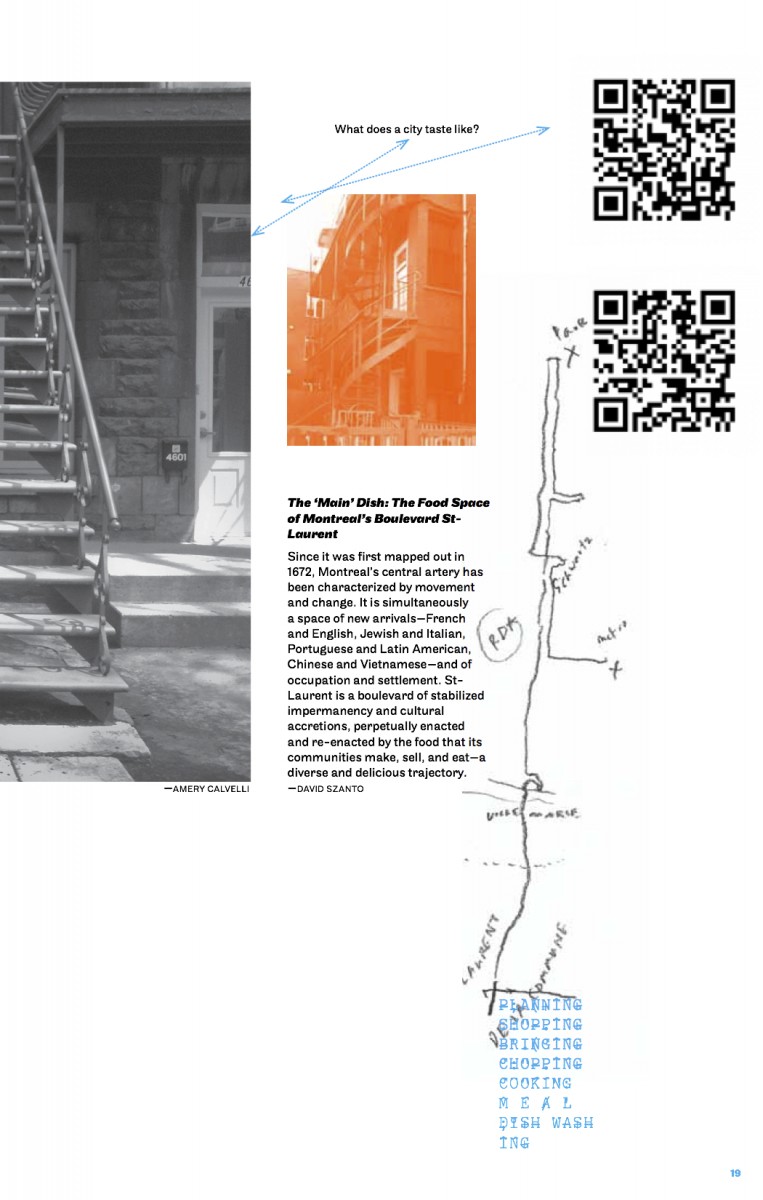 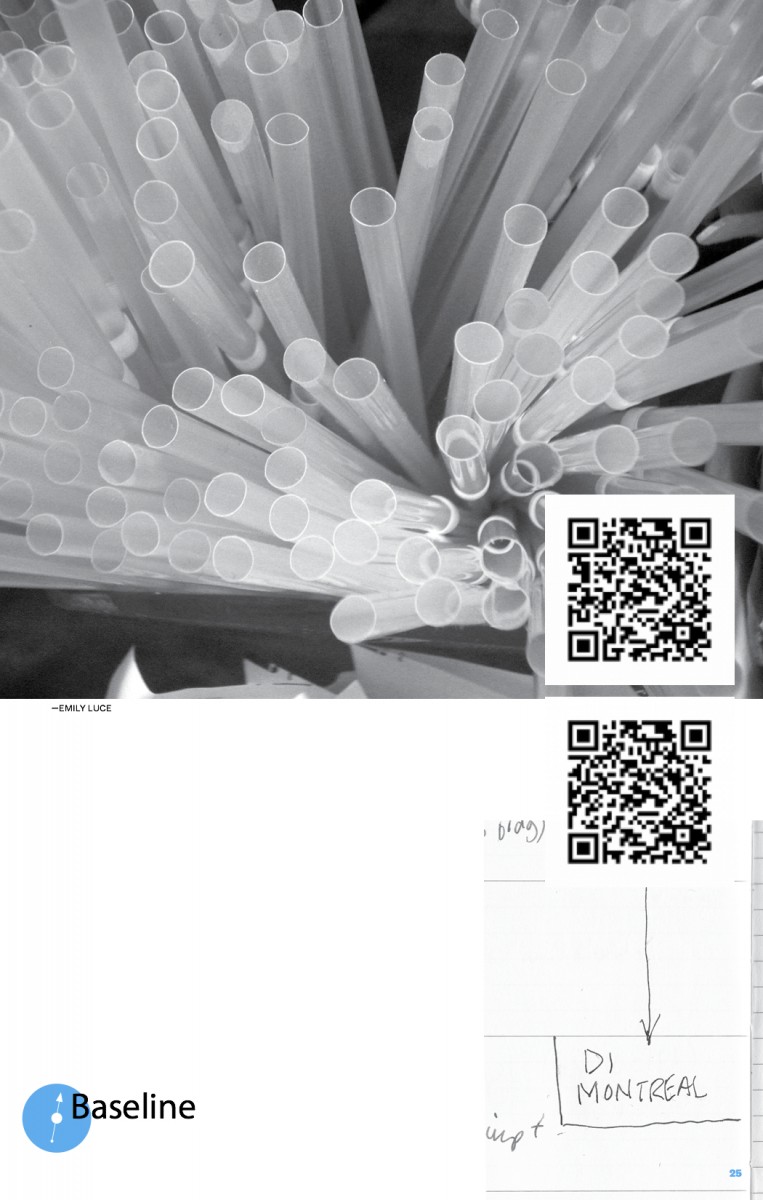 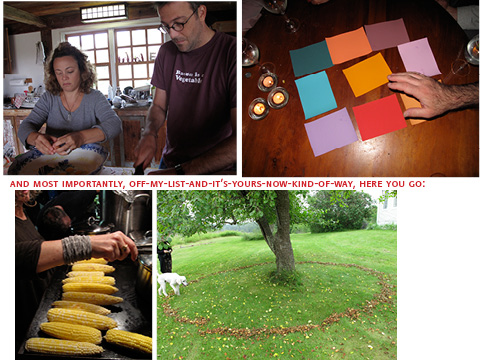 I went to the Marfa Design Inquiry with this question in mind: How can design be more responsive to the conditions that surround it? The answer, I found, lay not in isolated, experimental work but in a larger shift already occurring—the emergence of participatory culture. Creativity, I discovered, is no longer the sole territory of a separate creative class. Professional creatives now face a newly activated public. No longer content to simply digest messages, these users increasingly approach design with the expectation of contribution. Designer Dmitri Siegel calls this “The Templated Mind.”(1) Users approach a design with the expectation that they will have to fill in the blanks—actively insert content.

Technology drives this fundamental shift from passive consumer to active creator. The Internet places the means of production squarely into the hands of the user. Sites like Threadless, Ponoko and Etsy, for example, encourage citizens to produce their own products relying on the expertise and production/distribution methods of the sites. Using Lulu.com the public can write, format, upload, print and disseminate publications. Both amateur and professional photographers can inexpensively share their work through Flickr with millions of people. Technological advances in the mechanics of production, particularly digital printers and RM (rapid manufacturing), are revolutionizing printing/production making small runs and print-on-demand publications/products viable. (2) As the means of production and distribution open up to individual hands, distributed content creation surges.

Innovative designers are currently developing open-ended frameworks that not only enable users to create, but depend upon them for the realization of the work. Savvy creative professionals, like Keetra Dean Dixon, Luna Maurer, and the studios Moving Brands, Post Typography and Winterhouse are developing projects that don’t express a predetermined message. The message of the piece, instead, relies upon a continuous infusion of outside content. (See examples at the end of this essay.) Users redefine such products with each input. Participatory design moves away from top-down messaging, transforming designs into flexible frameworks capable of expressing local, individual voices.

This expression of user, rather than client, content, is part of a larger destabilization of corporate control of mass media. As explained by Henry Jenkins in his seminal book Convergence Culture, mass media privatized the production of content over the last 100 years. (3) As technology bolsters the individual’s ability to create—and the designer’s ability to support such creation—corporate media, in particular, struggles with relinquishing monopoly control.

Established intellectual property laws inadequately respond to the complexities of aggregate authorship. Users typically give up rights to their contributions in large collaborative projects. Could and should some type of monetary compensation be set up for these contributors? If contributors are satisfied with their own resulting creative happiness, is that enough? At the same time, designers struggle with sharing the source code of the open-ended systems they create, while still profiting financially. (4)

Expanding more flexible intellectual property laws, like those advocated by the Copyleft movement, could enable users to more freely produce and share content, but such changes won’t come about without conflict. As consumers transform into creators, our society and, more specifically the design profession, struggles to accommodate them. Historically, the profession of graphic design has depended on old proprietary models of business, models that encourage the transmission of singular corporate messages. Participatory design replaces such one way transmissions with dialogue. Cultural critics suggest that such dialogue makes messages less controllable and populations less easily manipulated by consolidated power structures. (5) As individual voices link together in distributed communities, democratic expression strengthens. And traditional models of business are threatened.

Recent movements like the Free Culture Movement, (6) the Open Source Movement, (7) and related flexible licensing led by Creative Commons (8) speak to a new model of business, a model less proprietary and more adept at utilizing peer-production and co-creation rather than guarding trade secrets. In these new models local voices trump corporate messaging. Users can express individual, local concerns. Expressing the local becomes a reasonable and increasingly profitable goal. For decades media activists like Kalle Lasn of Adbusters have pleaded with designers to answer for the societal damage resulting from frenzied advertising-driven consumerism. (9) The design community itself has called for more social responsibility through treatises like the “First Things First Manifesto” of 2000 (10) or the more recent “Designers Accord.”(11) By building projects that express and link individual voices, designers can combat singular top down visions of culture. The conditions surrounding design can infuse the design itself, making room in both culture and commerce for a local voices and concerns.

Initiated by Winterhouse with AIGA, the Polling Place Photo Project began during the 2006 elections. Winterhouse urged citizens to photograph polling places on election day and then contribute to an image archive as a commentary on American voting. In 2008, the project was supported by The New York Times and promoted as a part of their online election coverage. The archive currently includes 6,000 photographs, representing all 50 states, as well as abroad.

London design studio Moving Brands created one of the first examples of user generated fashion. Through a website, the public uploaded simple images. Moving Brands constructed a scarf pattern from this visual material. Users could buy the finished scarf online and in select independent design shops. The Weare scarf generated a publicity buzz both online and in the press.

Luna Maurer created Red Fungus as part of the exhibition Process as Paradigm, at LABoral in Gijon, Spain. Upon entering the museum, visitors are given a sheet of four stickers. They are then instructed to affix these stickers to the exhibition floor, according to a simple set of rules. As noted by Maurer, “The show reveals the elementary shift from a culture based on the concept of manifestation and the final product to a culture of process resulting from a networked society.”

Post Typography created this user-generated interactive art installation in collaboration with Beatbots.com’s Justin Blemly. They first connected a small laser printer installed in Baltimore’s Minstallation Gallery to a public email address. Users could then email or text images directly to the printer. After the close of the exhibition, an online gallery and a documentary book displayed the collected prints.

2. For a discussion of new fabrication techniques and customized manufacturing, see Chris Anderson, “In the Next Industrial Revolution, Atoms are the New Bits” Wired, 25 January 2010 http://www.wired.com/magazine/2010/01/ff_newrevolution/ (accessed 14 July 2010).

7. For more information on the Open Source Movement, visit http://www.opensource.org/

11. For more information on the Designers Accord, visit http://www.designersaccord.org/