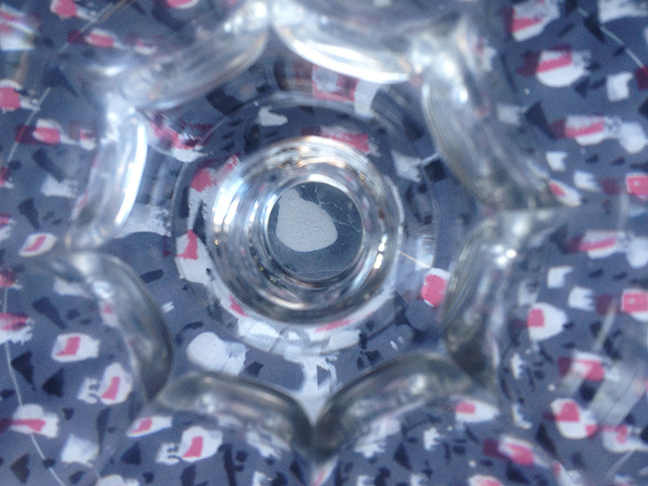 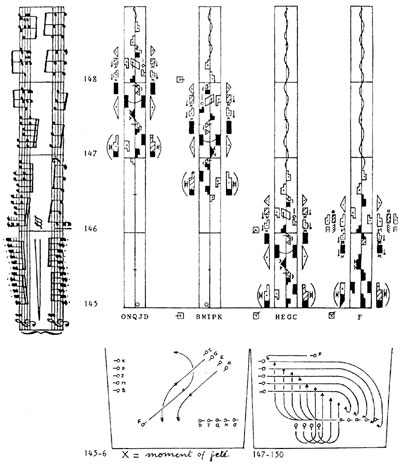 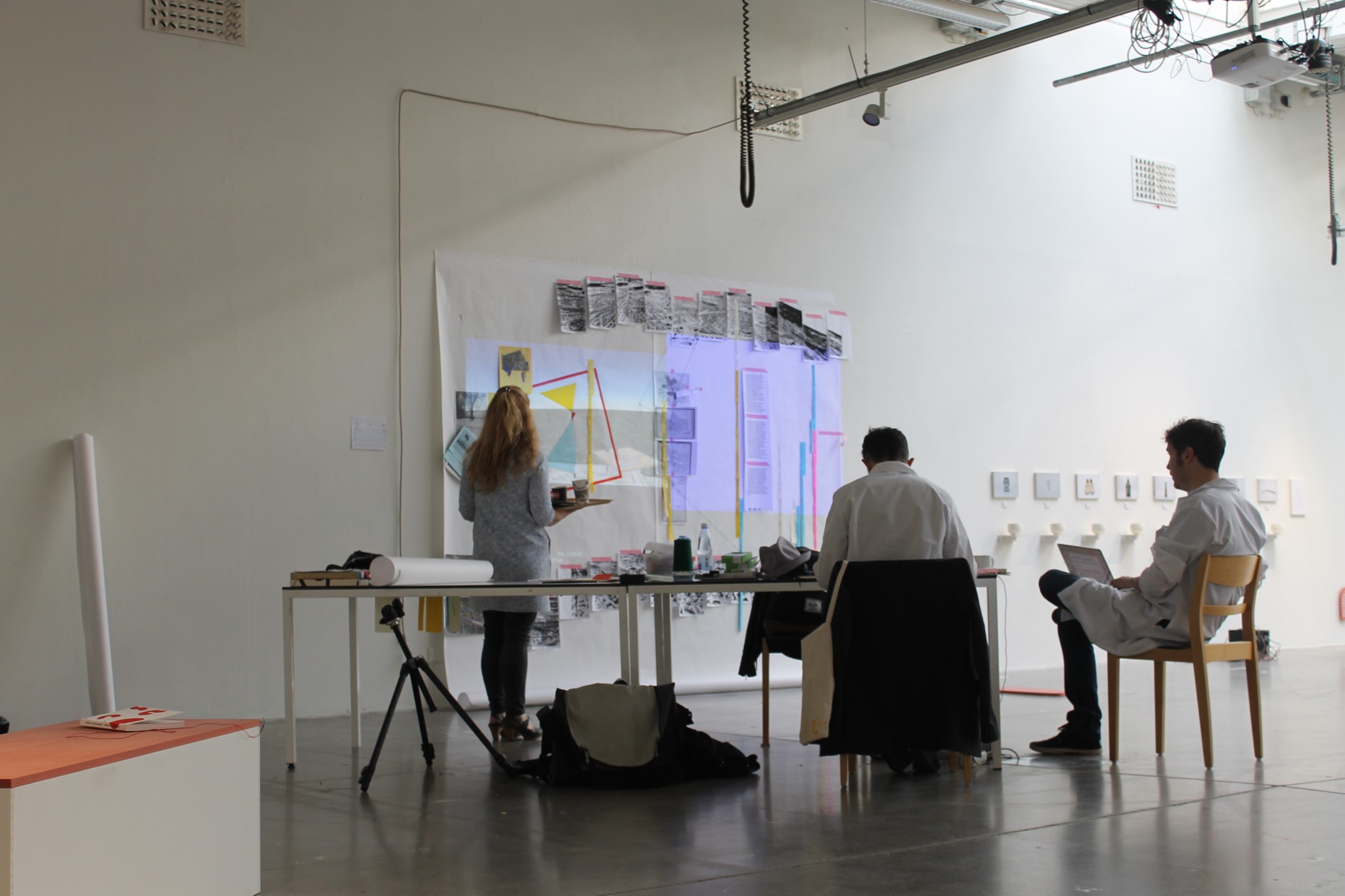 The MAKE/DO attitude kicks in when something is lacking: time, materials, skill, or motivation. I know when I lack time I begin to ‘design’ strategies of making-the-best-of-it. Color coded to-do lists, stacks of project files in relationship to deadlines, tools to sync studio, teaching, and family that includes two teenagers not yet driving all require a personal system of notation that needs to be flexible enough to support the unplanned.

With this involvement of notating time out of necessity, I began to wonder: what other visual systems also came out of a need to construct a plan, but be flexible enough for the unplanned? What do they look like? How do these visual systems of notation accommodate improvising? In 4 very different arenas, I found that carefully evolved design languages can indeed become containers for the unplanned to arise and at the same time, encouraged improvisation. The seemingly disparate arenas of basketball, dance, conducting, and becoming a parent all yield a visual language that is economical, transferrable, and inspiring. In broad strokes from the lens of simple curiosity I’ll use these examples to support the meeting of structure and improvisation, the magic in the halfway of planning and letting go.

Since basketball is really about reacting to how the defense is playing the offense, basketball plays are just guides, like rules and systems to help the player know where to go, stay spaced, and provide movement to make it harder for the defense to guard. The whole point of a ‘play’ is so a team can work the ball around and get the best shot. Good teams can run their plays perfectly like clockwork and get those shots. BUT when the defense prevents a team from executing that play, there’s a great chance that the whole play will break down and the team will either turn the ball over or attempt a ‘bad’ shot. The best teams can run their plays perfectly but also improvise, adapt, and react to the defense. The Triangle Offense emphasizes this idea of reacting to the defense and having multiple options (plays) for the players when they get the ball. It’s designed for its players to always be in motion, where every pass and cut has a purpose and everything is dictated by the defense. (As told to me by Morgan DiPietro, a design student of mine, and a basketball player. Thank you.)

Rudolph von Laban studied sculpture; specifically human form and the space that surrounds it before he became a dancer and choreographer. In 1928 he published Kinetographie Laban, a dance notation system designed not for a single style of dance, but generic movement. Labanotions record movement within a space and duration of time and are understood by dancers and choreographers as only guidelines and will be interpreted by the choreographer and the dancer. Symbols make up a data format that capture the choreographer’s intentions and can be quite complex and nuanced but set the ground work for transferring intention and specifics of movement within space and time. While Labanotaion is a straightforward way to transcribe dance into a visual system, the readers recognize that the influence of personalities, context, and expression also becomes a part of the interpretation. Again a notation is designed out of need and is recognized by the users as guidelines which will meet expression halfway.

Rudolph Benesh studied fine art in London. His wife Joan Benesh studied at the Liverpool Studio School of Dance and Drama, Royal Ballet.Together in 1955 they published An Introduction to Benesh Dance Notation. This notation system used specifically for ballet is based on a matrix on which a five-line horizontal staff represents the dancer from head to foot, seen from the back. From the top, the five lines denote: head, shoulders, hips, knees, and feet. Marks correspond directly to the the motions and placement of movement, duration is read from left to right. These staffs use italian musical symbols. Benesh notation is used for ballet, where Labanotation accommodates other movement forms. Benesh is more directly connected to the body position and is more easily understood with some music reading training.

First the conductor studies the composer’s written musical score. During rehearsal verbal cues as well as hand gestures inform and translate the composer’s intention as understood by the conductor through the signs and symbols of the score. Rehearsal and performance are two very separate experiences for performers. The movement patterns of tempo are specific and repeatable from conductor to conductor and are learned by musicians in order to understand the visual-only cues necessary during performances. The conductor’s right hand denotes tempo and melodic shape, the left hand infers emotion, dynamics, cuing, phrasing and expression along with the eyes, face, and body also express intention. From the necessity of translating qualities of sound and time conducting patterns have been written down and passed on while also allowing for expression and the moment; the improvisation of expression.

When my first child was born I needed a way to see what a day looked like or what tomorrow might bring or something that might indicate when I could sleep next — so I charted his activities in effort to understand patterns or rhythms of his waking, sleeping, or eating. Notations became nuanced form and complex symbols developed over time as Jack’s routine began to include his own expressions beyond basic needs. I kept these up for almost eleven months, finally stopping this daily ritual when his participation in his life exceeded my ability as well as necessity to make visible.

Basketball charts, dance notation, conducting patterns, and baby notation all emerged from a need to notate time and sequence located within a relative space. Each of these data structures leave room for the improvised, the halfway-point-sweetspot of mediating and interpreting intention with the unplanned. The charts were designed to be informative, useful, and they were to be built upon by the act itself of the game, the performance, the growth of an infant. Bill Russell, Boston Celtics 11x World Champion understood this meeting place of structure and improvisation when he said:

“Playing in the zone is a moment when everything goes so perfectly that you slip into a gear that you didn’t even know was there.”