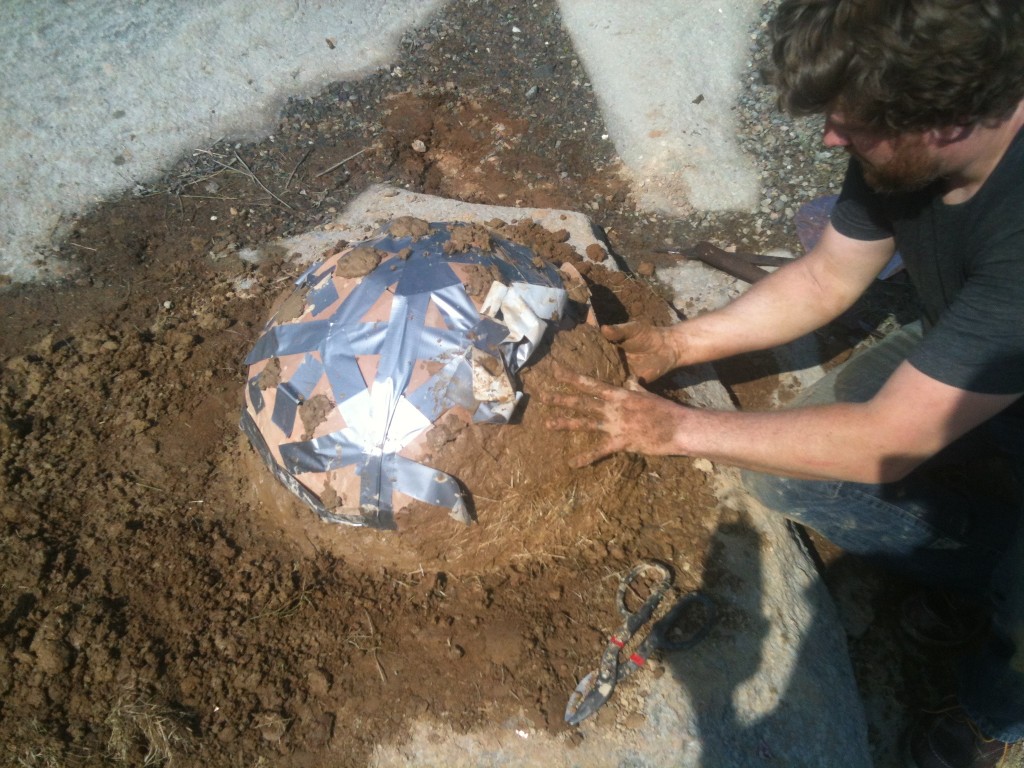 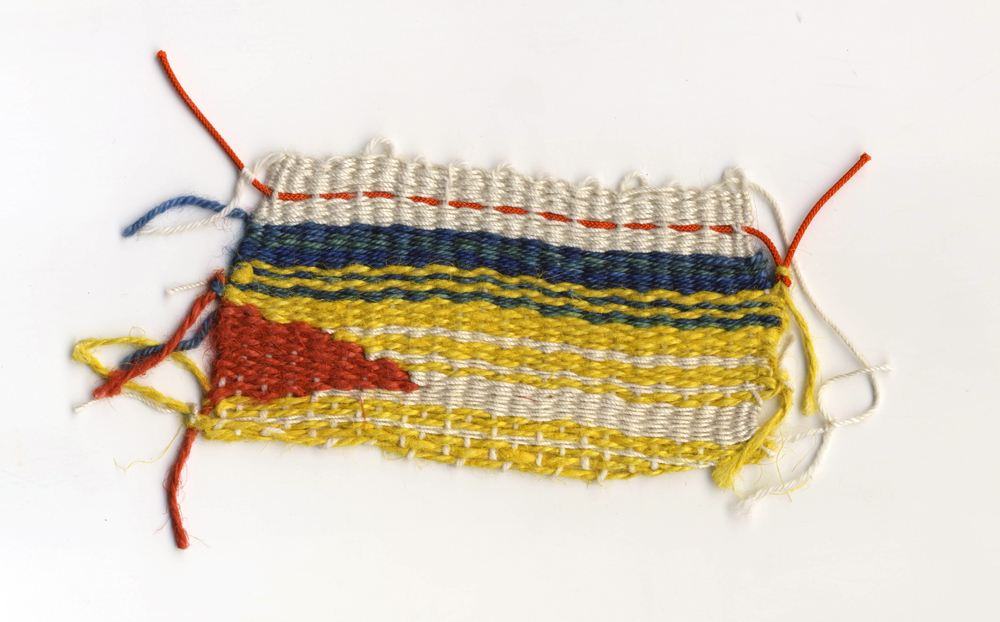 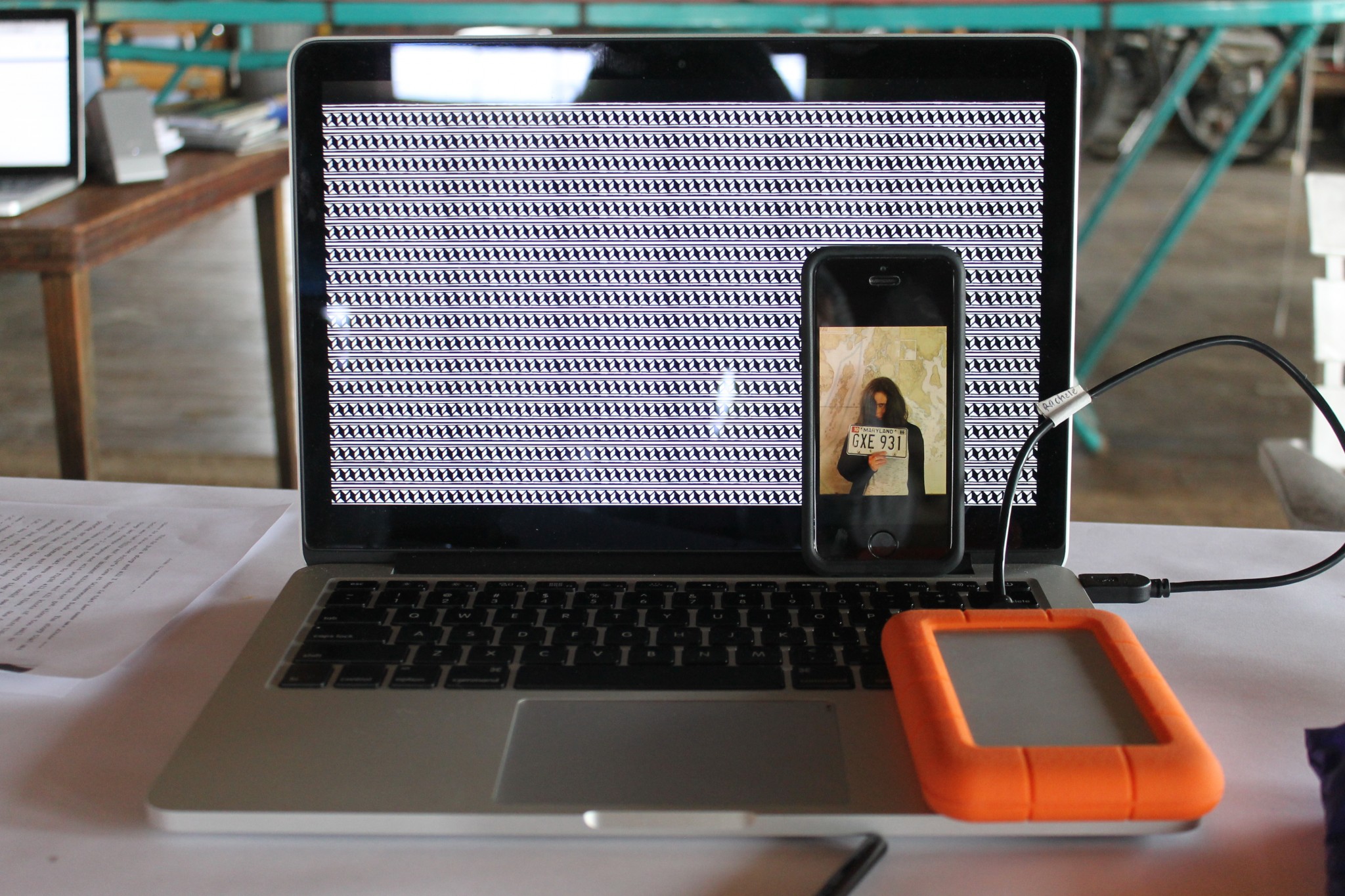 To explore access is to explore what is public——that which exists in the open for others; that concerns people as a whole. What are the processes of gaining and designing access to a place or subject? Things are knowable through the fragments that are made accessible. We piece together the parts of our experience to form a view or perception of a place or event. In what ways do individual points of entry into a place or subject shape our perception and direct our engagement? How might we influence or circumnavigate some of these inherent boundaries, to gain new access to places and experience, and to create new dimensions for engagement with our work?

I have been thinking a lot about the public value of archival material over the years. The importance to designing access can also lie in renewing an historical subject’s urgency and relevance, and enabling a contemporary public reading of the subject. Archives comprise the traces of people’s experience and, as collections, present particular points of view. Interesting is how they become raw material again, when open for others to access and further interpret. Collections are made accessible by the institutions that care for them, whose procedures and values also dictate access. All instances of ‘access’ are incomplete, in the sense that any means of access that we design has included some and left others out. Designing access via the Web is no different. It is also shaped, for instance, by the standards of code, a processor’s capability, and a user’s expectation.

I offer here, a list of public access sites for Vinalhaven—–to culture, history, nature, navigation, refreshment, etc. I invite anyone to add to this preliminary list with other sites or categories, and to investigate (DI pop-up gatherings around the island). Send me a description and documentation of the interactions you have or observe. I hope the list will grow to become a catalog of expected and unexpected access points. This is a starting point, but can evolve into a time-based/textual/visual document that could inspire further projects and research. 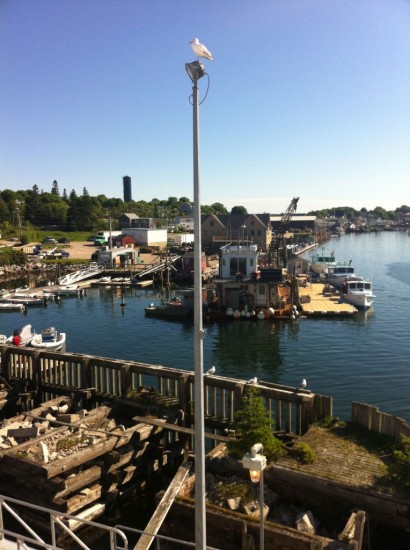 >>Sunday, June 22, 2014
I departed as others arrived. A woman sat next to me on the metal bench. The shadows moved as the ferry turned. Seals were basking in the sun on a small rocky island. The sea was calm. A great ferry ride in both directions this year.

ME 974.1 Lunt
Hauling by hand : the life and times of a Maine island, Dean Lawrence Lunt.

Fox 974 Walker
Vinalhaven A to Z : An alphabet book of places/ written by Holly Walker.

Open Air Concerts
Band Stand/built 1895, so the popular Town Band could perform some open-air concerts during the summer/originally at the corner of Water St. and Main St. (where the Moses Webster Fountain stands now).
>>Saturday, June 21, 2014
Four teenagers (two boys and two girls) sitting on the bandstand on Saturday were approached by an older woman. Someone’s grandmother? They were talking. A boy, shirtless, rode by on a low bike, he said, hi ladies, to us. He rode slowly. We passed him on the way back to the Poor Farm. He veered left as we passed, not to the right as one might expect. 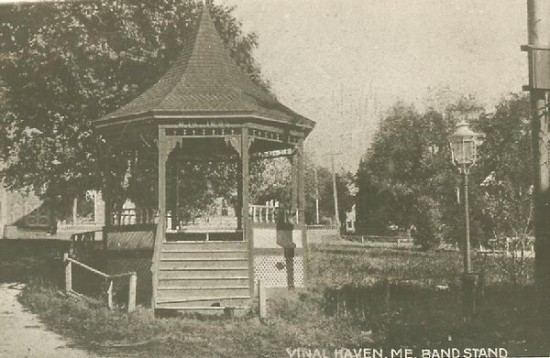 Preserves
Lane’s Island Preserve/owned by the Nature Conservancy/under the stewardship of the town/views of the bay, field, bluffs and moors.
>>Saturday, June 21, 2014
Open views contrasted by  narrow, soft, grassy-matted paths—–the walk to the island’s edge felt private and secret. There was a slight alternation of up and down along the route. We emerged through berry-less raspberry brush to a view of the water and other small islands in the distance. Bold rocks at our feet, seemed to tumble down to the water’s edge. We perched to discuss (among other things) which way we were looking. It was Southwest. We watched the Rockland Ferry boat arrive and turn sharply into Carvers Harbor. A couple of lobster boats went out. A woman passed by on another path along the edge. She greeted us and walked by briskly. 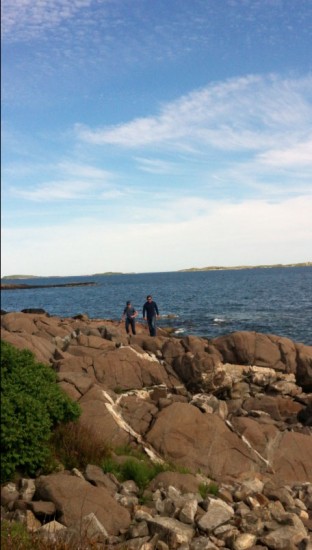 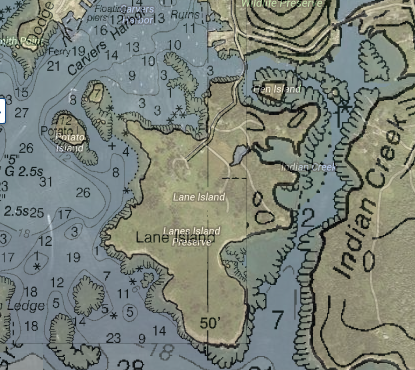